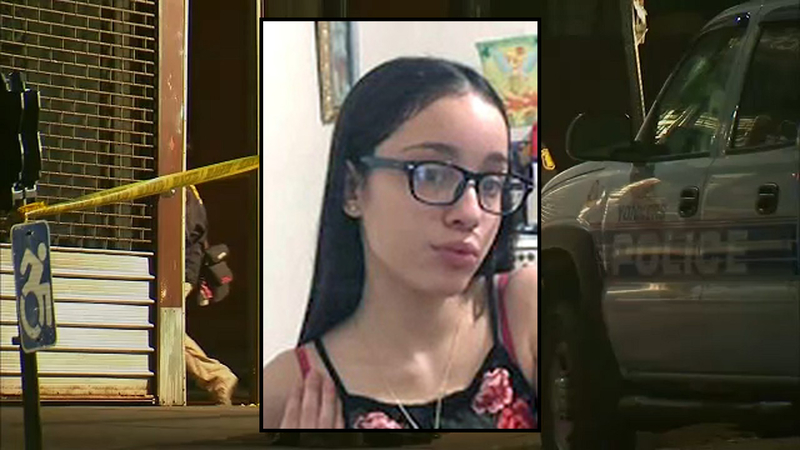 YONKERS, Westchester County (WABC) -- A teenage suspect is now in custody in connection with the stray bullet death of an 18-year-old honor student in Yonkers.

Authorities say the 15-year-old eighth grader turned himself in to police at the third precinct in Yonkers with his attorney at 12:30 a.m. Tuesday in connection with the death of Marilyn Cotto Montanez.

His time on the run reportedly included a stint out of state.

The suspect was previously named as police searched for him, but we are no longer using his name because he is presently charged in juvenile court.

Police say he is known to them, but they would not discuss his violent criminal history due to the fact that he's a minor. He is charged with second-degree murder.

Montanez was walking with her sister around 6:30 p.m. when gunfire erupted on the corner of Lake Avenue and Morningside Place nearly two weeks ago.
Police say she was not the intended target.

Authorities say a group of people who knew each other had a fight on Lake Avenue, and one group chased after another. Surveillance video showed a car pulling up to the scene and two men jumping out before running around the corner.

That's when police say one person took out a gun and fired at least one shot into the direction of the other group.

He allegedly stole a gold chain earlier in the day from another teen, resulting in the dispute.
"Our family is hurt, and whoever did this, we're going to get justice for it," said Naraly Martinez, a friend of the victim.

A young girl in the neighborhood claims to have been assaulted by the suspect, and neighbors say one woman had to move because she was afraid of the suspect's family.

A funeral for Montanez was held last Thursday.

Anyone with additional information regarding this incident is encouraged to contact the Yonkers Police Detective Division at (914) 377-7724 - all calls will remain confidential.