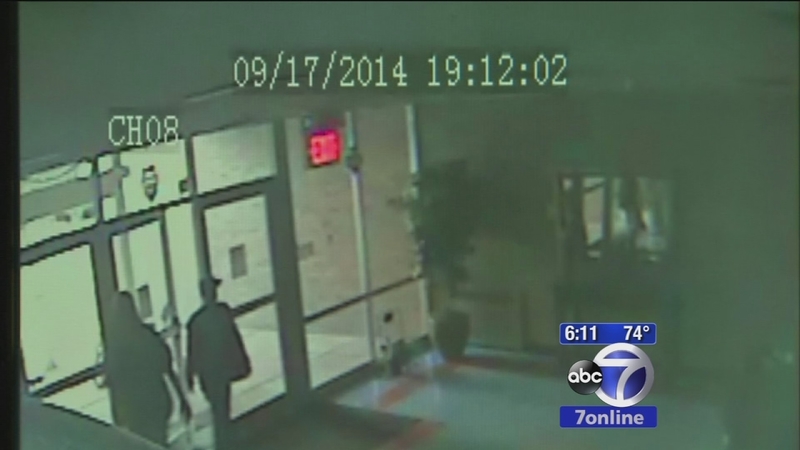 YORKTOWN (WABC) -- Three young boys are under arrest for vandalizing a place of worship in Yorktown.

Police say they caused a lot of damage at the Hudson Valley Islamic Community Center in Mohegan Lake, including ripping up a Koran.

It has been a few days, but the damage has yet to be cleaned up.

The boys rode their bikes up to the center, which houses a mosque. There was no damage there, though, as the kids stuck to the school wing. Police are not classifying it as a bias crime, but it is still hurtful to those who worship there.

The suspects allegedly ripped items off the bathroom wall, kicked in doors, wrote profanity on blackboards and, worst of all, desecrating the holy books by throwing them on the floor and stomping on them. One had more than 40 pages torn out.

"The Korans was the thing that really bothered us the most," the center's Asad Ba-Yunus said. "Because it struck us a lot of what happened in Guantanamo Bay or Abu Ghraib, where various people were taking holy scriptures and putting them in the toilets or putting them on fire."

Surveillance video shows the boys entering the community center. The former school building was empty at the time, but the doors were unlocked for evening prayers later in the day.

On Wednesday, a sharp-eyed police officer on patrol recognized two of the boys from the video and arrested them. The third later turned himself in.

The suspects are charged with burglary, but not as a hate crime.

"We do not believe it to be of that nature," Yorktown police Lieutenant Robert Noble said. "It was a very thorough investigation, and we just believe that it was area kids going in there and creating mischief."

The suspects are charged with juvenile delinquency and burglary. They have been released to their parents and will appear in family court later this month.