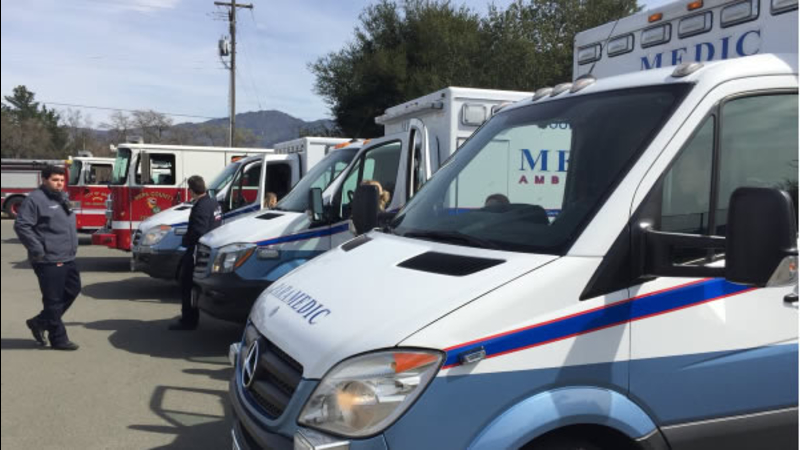 YOUNTVILLE, California -- The California Highway Patrol confirms a gunman and three women were found dead hours after he took them hostage inside a veterans home in California.

The day-long hostage situation, which started around 10:30 a.m. at the Veterans Home of California in Yountville ended Friday evening with the gunman killing three female hostages, confirmed Assistant Chief Chris Childs of the California Highway Patrol . The suspect, he said, is also dead.


Law enforcement from the Napa County, the California Highway Patrol and FBI surrounded the Veterans Home of California in Yountville, which is the largest veterans' residence community in the United States, for more than eight hours.

Deputies and the suspect exchanged gun fire earlier in the day, Napa County Sheriff John Robertson said. Robertson confirmed that "many bullets" were fired from both sides.

Law enforcement has identified the suspect but have not released his name.

Childs said hostages employees of the Pathway home, a privately-run and non-profit program at the veteran's home facility.

State Senator Bill Dodd said earlier Friday that the hostages were clinical psychiatrists and the executive director of the program, which treats veterans of the Iraq and Afghanistan wars suffering from Post Traumatic Stress Disorder.

The gunman, he said, was a veteran in the program and was being treated for PTSD. The suspect had been asked to leave the program earlier this week, Dodd said, noting the facility has rules and regulations to stay in the program.

Larry Kamer told ABC7 News that his wife and six other women were attending a going away party for a colleague of when the suspect broke in with a rifle. The gunman, Kamer said, let four of the women go, including his wife, and held three hostage.

The women, Kamer said, work with Pathway Home, a non-profit that provides services to veterans. Kamer is also a volunteer with Pathway and formerly sat on the organization's board of directors.

The situation started around 10:30 a.m. Friday, with the Napa County Sheriff's Department issued an alert to residents warning them to avoid the area. The home has been on lockdown since and those in the area have been asked to shelter in place.