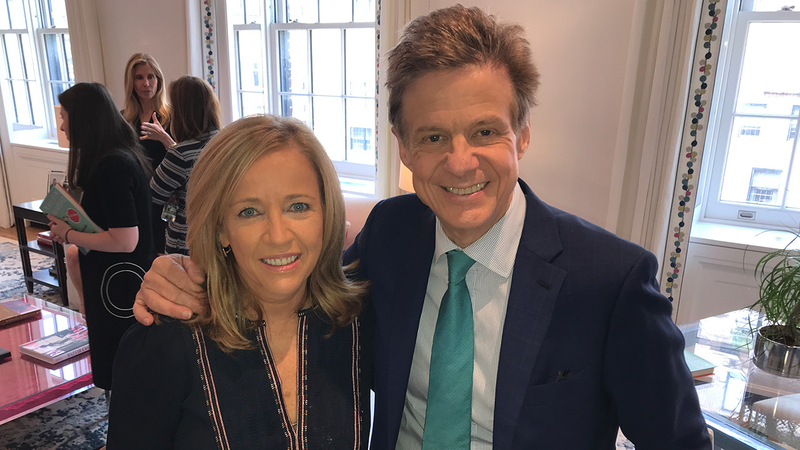 UPPER EAST SIDE, Manhattan (WABC) -- Sometimes as a parent, you have to laugh to keep from crying -- and nobody knows that better than Laurie Gelman.

Her first novel introduced us to a feisty "Class Mom," much like she once was, and we caught up with her at Zibby Owens' book club in Manhattan.

Owens, the host of the "Moms Don't Have Time to Read Books" podcast, wanted to know what it felt like to get fired as Class Mom?

Laurie's book offered them a chance to laugh at the perils of parenting, and now, she is back with a new novel called, "You've Been Volunteered."

"Laurie does a really good job of saying the things that maybe we're not supposed to say, especially here on the Upper East Side," Owens said. "Moms need an opportunity to be able to laugh at themselves and to not take themselves so seriously."

As the mom of two girls, Gelman followed the traditional advice to "write what you know." But she had some concerns at first, because her sense of humor is a little bit off.

"So I always wonder if people are going to get it," she said. "And the fact they did, and they laughed, and they loved it and bought it, it's just been a roller coaster since then."

Her new book has been called "great fun" by "Dancing with the Stars" co-host Tom Bergeron, who once shared "Breakfast Time" with Gelman on FX.

Fast forward to marriage and motherhood as seen on "Live With Kelly and Ryan," the show produced by her husband, Michael Gelman.

She is making a rare appearance on Friday, and he tried to coach her a bit.

Laurie picks up the story"

"He's in charge," she said. "He said, 'You know everybody else (who) comes on this show listens to me.' I'm like, 'Hmmm, what did you say?'"
Like Laurie, her fictional character Class Mom, Jen Dixon, speaks her mind.

"She has no filter," Gelman said. "She doesn't care. She really doesn't. She's been through it all. She's not here to impress anybody. I think that is one of the most liberating things about her as a character. And I think every mom, every volunteer, would love to be able to say that and do that."

"You've Been Volunteered" is available now wherever books are sold.