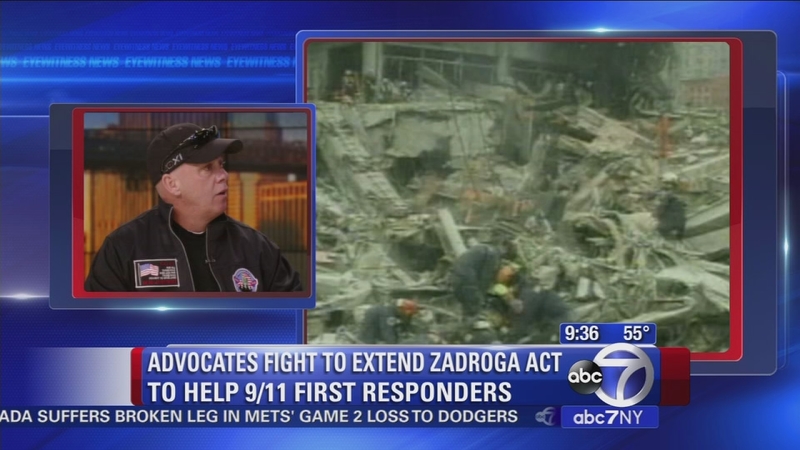 NEW YORK (WABC) -- The law that provides health monitoring and financial aid to 9/11 workerse and their families expired at the beginning of this month, but advocates are fighting to extend it.

The James Zadroga 9/11 Health and Compensation Act is named after an NYPD officer who died of a respiratory disease attributed to the September 11th attacks.

The program has enough money to keep going through the end of the year.

He has started a petition drive that has collected more than 164,000 signatures.