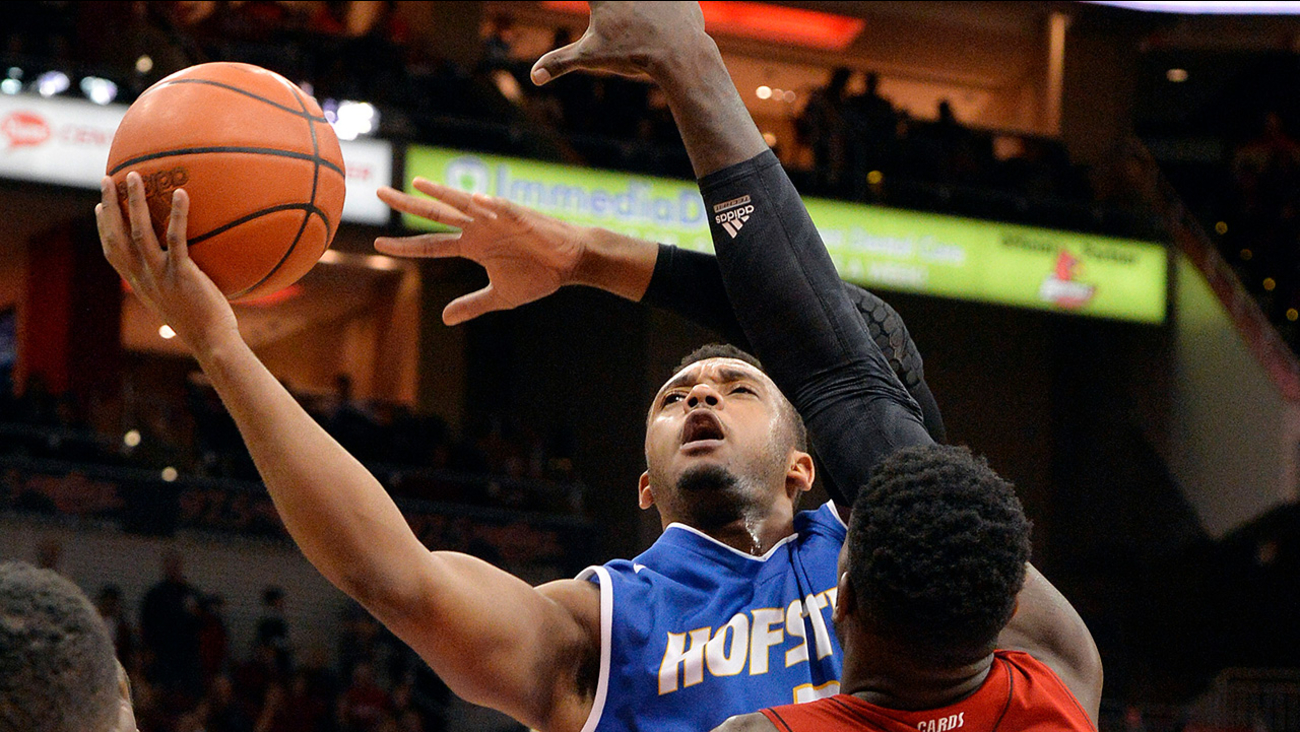 Hofstra's Zeke Upshaw attempts a shot over the defense of Louisville's Montrezl Harrell during the first half of an NCAA college basketball game on Nov. 12, 2013, in Louisville. (AP Photo/Timothy D. Easley)

GRAND RAPIDS, Michigan (WABC) -- An NBA G League player for the Grand Rapids Drive who collapsed on the court near the end of a game with the Long Island Nets died Monday.

Zeke Upshaw rushed to a hospital Saturday and was said to be under care by doctors. The Drive tweeted a statement from Upshaw's mother, Jewel, in which she said her son died Monday morning after "continued efforts from the medical team at Spectrum Health" in Grand Rapids, Michigan.

"To family, friends, teammates, coaches, fans & confidants, thank you for your prayers and support during this most difficult time," Jewel Upshaw said in the statement.

Team spokeswoman Sarah Jbara told MLive.com that Upshaw tumbled to the floor Saturday night with about 50 seconds remaining in the game. He was taken off the court on a stretcher.

The 26-year-old Upshaw scored 11 points to help the Drive earn a playoff spot with the 101-99 victory in the regular-season finale.

Upshaw was in his second season with the Drive.

The 6-foot-6 swingman from Chicago played three seasons at Illinois State and finished his college career with a year at Hofstra.

Details on a memorial were not announced.