On any given weekday, she's got her own job to worry about, two kids to care for, and a non-paying volunteer job fighting for funding for her community's school district.

"It's a bit challenging," Vecchiarelli said while driving, Justin Timberlake's 'Sexy Back,' playing on the radio.

She had to leave work early to pick up her daughter from school. Cutbacks on transportation have meant Vecchiarelli can't always rely on the school bus to get her daughter home.

Vecchiarelli lives in the Ossining School District, one of the districts known as the 'Harmed Suburban Five.'

In a past investigation, Eyewitness News went into classrooms to expose the overcrowding and lack of adequate educational space in these districts.

Kids are attending classes in converted closets, breezeways, and basements; and behind curtains and temporary walls.

All of the five districts in the 'Harmed Five' have seen significant increases in enrollment, poverty and minority students, but the state's spending on these districts has not kept pace with the increased need.

Vecchiarelli has teamed up with other parents in the 'Harmed Suburban Five' to write letters, make calls and protest in the hopes legislators and the governor will hear them and help.

"I didn't put my daughter to bed three times last week because I was doing all that I could," Vecchiarelli said.

The Ossining School District is facing a $4.5 million deficit.

Glen Cove recently requested a bond measure for necessary renovations that voters did not pass.

All of the districts have been hurt by the state's decision around a decade ago not to entirely follow a state law created to make sure the neediest students get help through a formula known as Foundation Aid.

New York now owes these schools anywhere from about $3,000 to over $8,000 per student depending on the district.

Meanwhile, other less needy districts have received money in excess of the share they're owed according to the Foundation Aid formula.

"I don't exactly know how all of that happened in the past," said state Sen. Shelley Mayer, Chair of the Senate Education Committee. "There have been winners and losers, as you point out, and that's not right and we can't let politics drive where the money goes."

The Assembly has a similar proposal to increase Foundation Aid funding by $1.16 billion with a full phase-in of foundation aid within five years.

Governor Andrew Cuomo has a much different proposal to increase Foundation Aid funding by $338 million, about 72% less than the legislature has proposed.

"We're going to do more and we're going to do more this year, but we spend a lot and we also have to respect the taxpayer," Cuomo said following a public speaking engagement in Westchester County promoting his property tax cap. "We spend more per pupil on education than any state in the nation."

While it's true New York spends more than other states on education.

The amount students receive from both local and state dollars varies widely depending on where they live.

For example, kids in the Ossining School District receive about 25% less than kids in Briarcliff Manor, a neighboring school district in a wealthier community, according to data from the New York State Education Department.

"when you look at the per-pupil average for funding, it's the districts that need it the most that are being left behind," said state Sen. David Carlucci, who represents Ossining.

"We aren't asking for anything new," said state Sen. Robert Jackson, who sued the state as a parent more than two decades ago accusing the legislator of failing to equitably fund education and won. "We are only saying, 'Give us what our children are entitled to that the highest court said they are entitled to.'"

State Senator Robert Jackson, D-Manhattan, talks about his frustrations with education funding decades after a lawsuit he filed to improve equity in schools.

Under the Senate and Assembly proposals, Ossining will likely get a bump in Foundation Aid funding so that it receives about 53% of the state funding the district is owed, up from the 41% it received this past year, but that still leaves the district and others like it with a fraction of the money they say they need.

"There's really not much we can do with that," Vecchiarelli said.

Lawmakers are trying to finalize next year's fiscal budget in just over a week, by April 1.


Report a correction or typo
Related topics:
educationeducation7 on your side investigation
Copyright © 2020 WABC-TV. All Rights Reserved.
7 ON YOUR SIDE INVESTIGATION 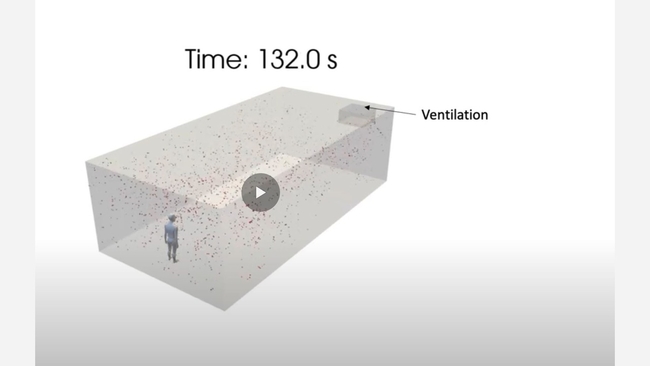