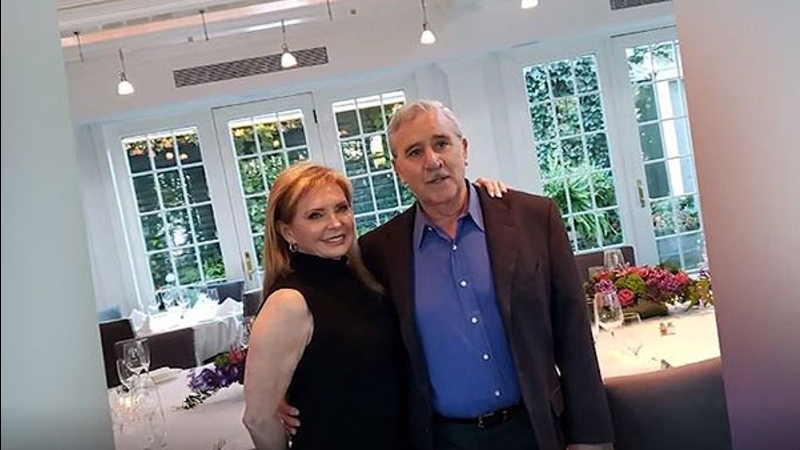 If left untreated, the aneurysm - a bulging of an artery caused by a weakening of the artery wall - could rupture, but because of the location, the doctors knew fixing it would be very challenging.

The vascular surgery team at NewYork-Presbyterian/Columbia University Irving Medical Center realized they needed to take the kidney out to get to the aneurysm. Dr. Nicholas J. Morrissey, Lynn's vascular surgeon, reached out to transplant surgeon Dr. Lloyd E. Ratner for his assistance.

Dr. Ratner removed the kidney laparoscopically, a minimally invasive approach in which the organ is removed through small incisions in the abdomen.

Once the kidney was out, Dr. Morrissey and his team were able to reconstruct the artery and fix the aneurysm. Dr. Ratner was able to then place the kidney back into Lynn and reconnect all the blood vessels.

Robert left the hospital four days after his aneurysm was fixed, and his kidney continues to function perfectly.

This is a great example of a collaboration between two surgeons who came together to treat a very dangerous and complex problem. Having Dr. Ratner remove the kidney with the laparoscope allowed Dr. Morrissey to reconstruct the kidney artery in a much more controlled fashion.

It is an operation that has rarely been done, but it gave the best possible outcome with the least invasion and risk, enabling Lynn to return to his vigorous lifestyle with normal kidney function and no risk from the aneurysm.

"The whole process still boggles my mind," he said. "And I'm just so grateful for the surgeons and the hospital."