Back in the rhythm of life: Cushing's disease didn't crush her spirit 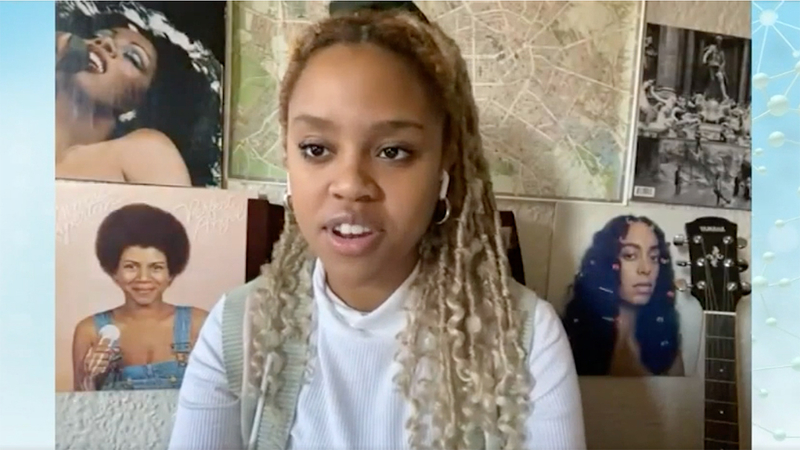 Medical Marvels: Back in the rhythm of life

NEW YORK -- Twenty-four-year-old Kaylea Scott is a singer, producer and DJ from Brooklyn, New York. She was active onstage, performing or working, when a year before Covid emerged she developed some very unusual symptoms and weight gain.

"I gained fifty pounds in two and a half years. I didn't want to perform anymore," Kaylea said.

Kaylea finally did a Google search and found out there was a disease associated with her symptoms. She was diagnosed with Cushing's disease and ended up in the care of Rohan Ramakrishna, MD, Chief Of Neurosurgery at NewYork-Presbyterian Brooklyn Methodist Hospital.

"Kaylea's symptoms show the role our hormones play in our body," Dr. Ramakrishna says. "The discoloration, the lack of sleep, the anxiety, the weight gain - all of these symptoms stemmed from a tumor in her pituitary gland and are a result of when there is too much cortisol."

When she was diagnosed in January of 2020, the Covid-19 pandemic had brought the world and elective surgeries to a halt. But Kaylea was lucky to have a world-class multi-disciplinary medical team right there at NewYork-Presbyterian Brooklyn Methodist Hospital.

"Dr. Ramakrishna called me and said we could do the surgery in the next month," she remembers. "I was so excited to get it done with!"

Dr. Ramakrishna, also Associate Professor of Neurological Surgery at Weill Cornell Medicine, makes it a top priority to keep his patients informed of their treatment options.

"When people think of brain surgery, they typically think of us drilling and opening up the skull," says Dr. Ramakrishna. "But we increasingly perform surgeries like Kaylea's using minimally invasive techniques. We can often take an endoscopic approach, such as through the nasal cavity directly to the tumor in the pituitary gland. From there, we extract the tumor. Minimally invasive surgery allows for a shorter recovery period and a quicker return to regular life."

With the tumor removed, Kaylea is resolved to find normalcy again.

"I felt like I was catching up on the sleep I'd lost after three years," she said.

Kaylea went through so much, but for anyone going through the same thing she has some words of advice.

"Always listen to yourself. Listen to your body," Kaylea said "If something's going on, look into it and don't ignore your feelings."

And thanks to the team at NewYork-Presbyterian Brooklyn Methodist Hospital, she's back to her music, performing, and everyday life.

WABC-TV is proud to have taken you inside NewYork-Presbyterian for a look at some extraordinary stories that we call Medical Marvels. It's WABC's Emmy-nominated digital series exclusive to abc7ny.com.