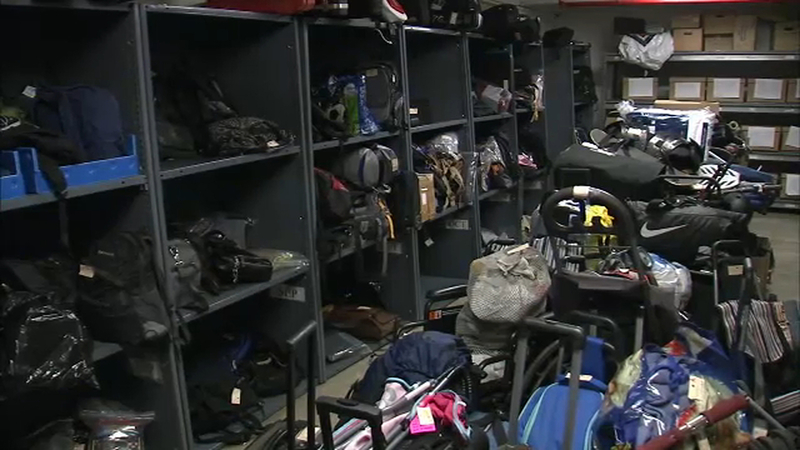 NEW YORK (WABC) -- Riders leave thousands of items behind each year in the New York City subways, but the MTA reminds straphangers not to try to retrieve anything from the tracks.

Instead, they can turn to the agency's lost and found office.

Just off the train, Danny Mejia knew he had lost his wallet.

"Literally just noticed as I was walking on the ramp that it was no longer in my pocket," he said.

Mejia hopes his wallet ends up in the lost and found.

The office is tucked inside the 34th Street and Eighth Avenue subway station.

"When they come here, it's very personal," Imbro said.

MTA workers turned detectives hunt for clues to find the rightful owners of 30,000 items lost in the system every year.

Recently Ashley Mayer tweeted she dropped her AirPod headphone on the tracks. She bought tape and a broom and fished it out on her own.

She says she disinfected it and wore it again.

"They definitely should not go on the tracks," Imbro said. "A lot of electricity down there, not a good idea, so we tell customers to let an MTA employee know or a police officer."

From AirPods to bicycles, wallets and pricey smartphones, to priceless mementos like a bag of recipes from a woman's late mother.

Details are key, including what it looks like, when you lost, where and what time.

Or visit lost and found like Danny, who would love for them to find his wallet.

"I'm hoping I get a good Samaritan, man, that mails it back to my apartment," he said.