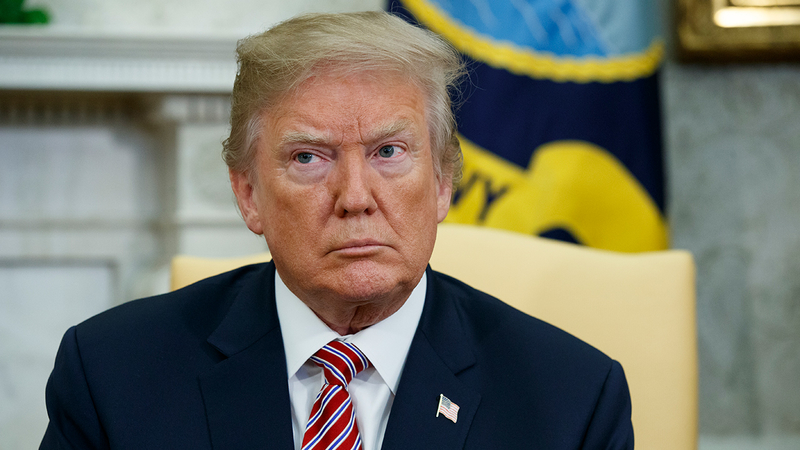 MINEOLA, Long Island (WABC) -- A protest was held Tuesday ahead of President Donald Trump's visit to Long Island to discuss the administration's efforts to eradicate MS-13, with organizers saying more are planned for Wednesday.

The groups demonstrated on the steps of the Nassau County Legislature, saying Trump's "xenophobia and racism" are not welcome on Long Island and that he is using gang violence to paint all immigrants with the same brush.

New York Congressman Pete King's office said they're expecting the president to travel to Bethpage, one week after Trump raised eyebrows when he used the word "animals" to describe some people who enter the country illegally in response to a comment about MS-13.

The president has doubled down on his rhetoric, saying he will continue to use the term in referring to the gang.

The White House also released a fact sheet Monday morning, titled, "WHAT YOU NEED TO KNOW ABOUT THE VIOLENT ANIMALS OF MS-13."

Protest organizers say they are committed to "resisting Trump's assaults on immigrant families and communities and call on elected officials across the region to stand with them in solidarity and reject Trump's visit." They also ripped local politicians who plan on attending Trump''s event.

"As law enforcement departments from both counties stand next to this man, let's remember that his type of hatred and rhetoric only fuels gang recruitment," said Sergio Argueta, with the group Strong Youth.

But Nassau County's executive, Democrat Laura Curran, said she's attending in the hopes it'll help in the fight against MS-13.

"It's the president of the United States," she said. "He's coming to Nassau County. Perhaps we can get some resources and federal help, and I am open to having that bi-partisan conversation."

At least 27 murders are now blamed on the notorious gang.