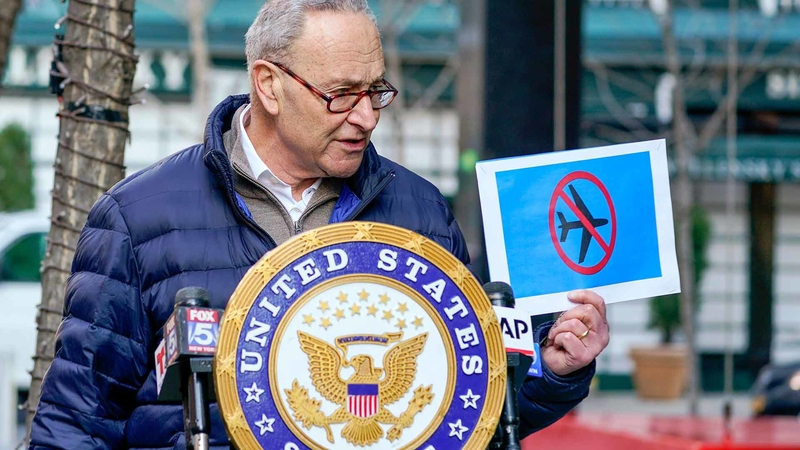 NEW YORK (WABC) -- Soon to be Senate Majority Leader Chuck Schumer is calling people who breached the U.S. Capitol during the riots to be placed on the TSA's no-fly list in order to contain possible future threats.

Senator Schumer says the investigation into the riots is ongoing, with dozens of suspects still on the loose.

"Many of the individuals who are part of the attack last week, as I said, remain at large, are wanted for questioning violent acts and more," he said. "The founding member of the proud boys Hawaii was arrested last Thursday, accused of unlawful entry into the U.S. Capitol Building captured at an airport in Hawaii. We are calling on the authorities, the FBI, the TSA any of those who are inside the Capitol should be placed on the no-fly list and not be allowed to fly."

He says concerns about another attack is understandable.

"If these insurrectionists are not prosecuted to the fullest extent of the law, their pledges to disrupt and incite further violence could occur again," Schumer said.

The senator says adding "insurrectionists" to the no-fly list is just one way to keep the skies, the inauguration, the Capitol and the country safer.