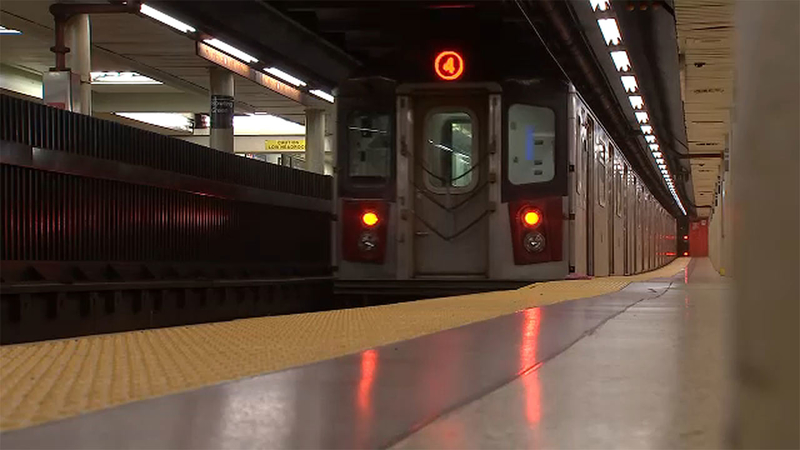 NEW YORK (WABC) -- The MTA says it is introducing a group of about two dozen "Group Station Managers" to bring more accountability and better customer service at subway stations across New York City.

A Group Station Manager is a single official responsible for all aspects of customer service and station environment for a range of stations, up to 25 each.

They will have offices in their service areas, but will also spend significant amounts of time personally inspecting stations and helping to ensure that customer service, cleanliness, safety and other customer-facing aspects of station environments are held to the highest possible standards, the MTA said.

Byford was a Group Station Manager in the London Underground before becoming the head of Toronto's public transit system and then coming to the United States to run NYC Transit.

"We're the bloodline of New York City Transit," said Kenneth Davis, who has been with NYC Transit for 31 years. He worked his way up through the agency and just stepped into the newly created Group Station Manager position along with 25 others.

The managers will fan out across the boroughs to make sure subway stations are clean, and that elevators and escalators work.

As Byford put it, it is a move back to the basics.

"You will see that we will progressively, relentlessly, obsessively, drive up standards on the New York City subway," he said.

Under the old system, officials admit it was simply impossible to keep up with all the problems.

"General superintendent would oversee approximately 100 stations and it was too large of a piece for one person to manage collectively and efficiently," said Rachelle Glazier, Chief Stations Officer of NYC Transit.

Byford said it proves to riders his agency can handle bigger picture problems.

"I don't think we can legitimately, morally, go around asking for billions of dollars more to operate this service if we can't even get the basics right," he said.

The Group Station Managers will coordinate and follow through with the diverse and sometimes vast array of specialized professionals responsible for station environments, such as cleaners, painters, electricians, plumbers, customer service personnel, countdown clock specialists, MetroCard Vending Machine technicians, elevator and escalator repair personnel, cellular and WiFi service providers, police and others, according to the MTA.

They will also be the faces of NYC Transit to subway customers and community partners, working to foster relationships and open lines of communication.

The managers will report to four new District Customer Service Managers, based in the Bronx, Brooklyn, Manhattan and Queens.

"This new management model will allow our teams to have more resources at hand so they can take ownership and really build pride in their territory," Glazier said. "This will bring a new level of empowerment and pride to our workforce, and a new level of service for our customers."