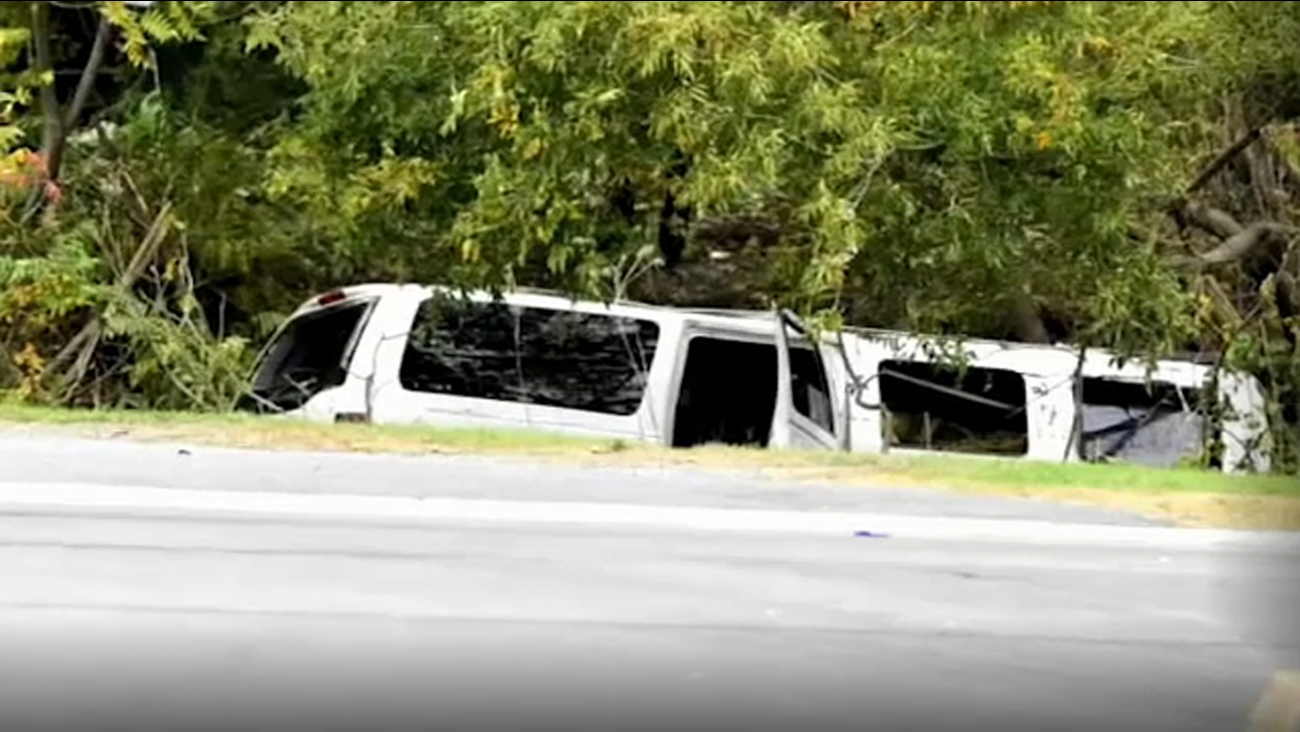 SCHOHARIE, New York (WABC) -- A former auto shop employee claims brake work was falsified and never performed on the limousine involved in the 2018 upstate New York crash that killed 20, according to a letter from the Schoharie County District Attorney.

The letter, citing an interview with a Mavis Discount Tire manager, alleged that the company submitted invoices for, but allegedly failed to actually perform brake work on the 19-seater limo that ran a stop sign and plowed into a parked SUV at the bottom of a long hill in Schoharie in October 2018. The impact killed two pedestrians and 18 people in the limo, which was taking a group to a birthday bash.

The employee alleged that the documents were falsified in order to reach a corporate-sanctioned sales quota. Mavis, in response, has called this claim a "desperate diversion tactic to shift responsibility away" by the defense representing Nauman Hussain, a limousine service operator who ran Prestige Limousine, the company that owned the limo involved.

Hussain had been charged in April with 20 counts of second-degree manslaughter and 20 counts of criminally negligent homicide after the deadly crash.

An investigation found that the limousine had failed a safety inspection in part because of a brake malfunction. Officials also said Hussain hired a driver who shouldn't have been behind the wheel of such a car.

Yet Hussain's attorney is using these new allegations as part of the defense.

The collision happened about 25 miles west of Albany, which is a popular spot with tourists taking in the fall foliage. Witnesses reporting bodies on the ground and broken tree limbs everywhere. Among the victims were newlyweds, young parents, four sisters and their friends.

1. Mavis disputes the statements by the "former" employee, which was disclosed to the limo owner's lawyers "in an excess of caution" by prosecutors who are legally obligated to turn over any material that could be helpful to the defense. The disclosure does not mean prosecutors believe the witness they interviewed or plan to call him during the trial.

2. Mavis says the release of this one document by defense attorneys is a "desperate diversion tactic to shift responsibility away" the owner of the limo, "where it solely belongs."

"The first we learned of these allegations was in media reports yesterday, and we will be pursuing them to the fullest extent of our authority. If DMV needs additional powers to pursue potential bad actors, we will pursue that during the next legislative session."