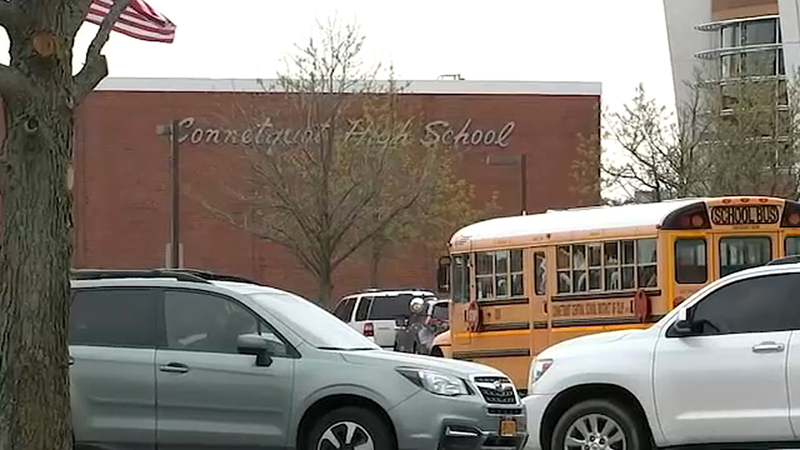 Suffolk County police say they were plotting to build a bomb to detonate at Connetquot High School in Bohemia.

According to police, other students overheard the three discussing building the bomb during a bus ride home Wednesday.

A school administrator was informed and he called police Thursday morning. Officers then responded to the school.

The 16-year-old students, two males and one female, were arrested at the school and charged with fourth-degree conspiracy. Their names have not been released.

The school was evacuated for about 30 - 45 minutes.

Police say the students' homes were searched and that one of them possessed a copy of The Anarchist Cookbook, which contains bomb making instructions.

No bomb making material was recovered.

Authorities expressed their gratitude to the students who came forward to report the alleged plot.

"I want to thank the heroes of this story, who are the students who heard something and had the courage to say something," said Suffolk County Police Commssioner Geraldine Hart. "It's not always easy but they did the right thing and I want to applaud their efforts."

Police are reviewing the suspects' cellphones and have also recovered surveillance video and audio from the bus.