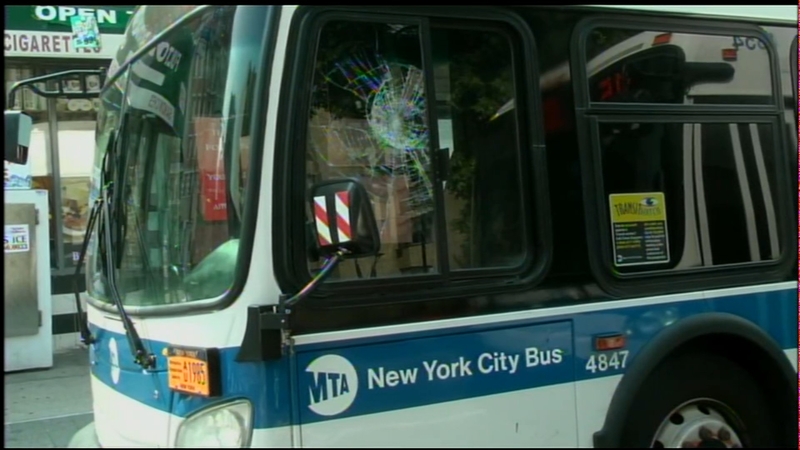 BEDFORD-STUYVESANT, Brooklyn (WABC) -- The NYPD is trying to determine whether the same person is responsible for attacks on three bus drivers on the same line in Brooklyn over the past few days, all involving cans of pepper spray.

Police say a man approached the driver's side window of a B15 bus at Marcus Garvey Boulevard and Fulton Street Monday and took out what looked like an aerosol spray can.

When the driver closed the window before the man could spray the contents of the can, he instead smashed the window and send shards of glass into the driver's face before running off.

"It's a shame," retired bus driver Bridgette Baker said. "What if a piece of glass went into the operator's eye? Or maybe it could have been worse."

Last week, police say a passenger took out a can and unleashed pepper spray on the drivers of two different B15s in Brownsville.

In one case, it hit the partition. But in the other, the spray went in the air and affected the driver and some passengers.

"We've been working closely with the police and the union on these attacks since last week and are providing assistance to catch this perpetrator and any others that may be out there," NYC Transit President Andy Byford said. "We will not stand idly by while our colleagues are attacked."
The Transit Workers Union says this is no coincidence.

"Twice is a coincidence, three times is a pattern," union officials said in a statement. "We obviously have a public safety menace on the loose, and he must be apprehended immediately."

The attacks were a concern for drivers working the B15 route who were heading out for the day from an East New York bus depot.

"You can't defend yourself and it's like what can you do, we're like sitting ducks," said driver Benjamin Kemp.

"The buses have cameras, they have shields but if someone wants to hurt you then they're going to hurt you, it doesn't really matter what you have," said driver Marson Sealy.

The MTA says it has new video from Monday's incident, recovered from a front facing camera on the bus.

"The general public is getting out of control and it's like they leave us defenseless," said Kemp.

At the union's request, the MTA says for now it'll be putting buses on the route only if they're equipped with camera systems in hopes of capturing any future attacks.

Police have not yet linked this most recent attack with the last two. 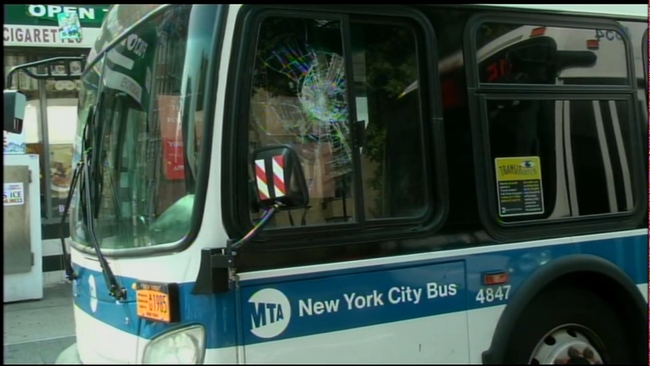