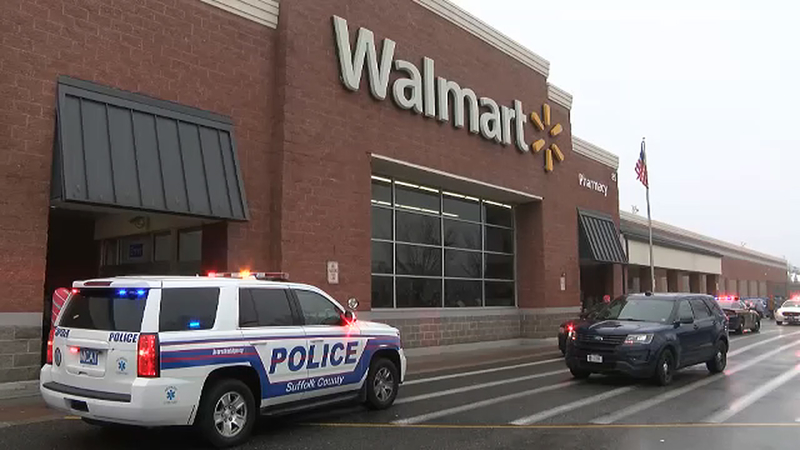 COMMACK, Long Island (WABC) -- Authorities are searching for five men who allegedly staged a fake fight at a Long Island Walmart and caused a panic among shoppers.

It happened at the location on Crooked Hill Road in Commack just after 12:30 p.m. on December 2.

"It was the scariest thing that I've ever experienced," shopper Tim O'Neill said. "My kids were crying. They still are having nightmares over it."

Police say the men were creating a video inside the store without permission and created a disturbance and prompted a store-wide panic.

O'Neill remembers every terrifying moment He was with his wife and their young sons, shopping with hundreds of others when suddenly there was shouting and what sounded like gunshots.

"And somebody screamed, 'He has a gun!'" O'Neill said. "At that point, it was just catastrophe. Everybody hit the floor."

It set off a stampede as some shoppers ran to the front of the store and others to the back. Some called 911 about a possible active shooter.

O'Neill lost his wife and kids in the chaos, later finding his wife and eldest son in the parking lot as police converged on the store.

"She saw me without my younger son and she screamed, 'Where's Kieran?'" he said.

Their 5-year-old was missing, and it took several minutes before they were reunited.

"I felt like I was never going to see my son again," he said. "And then to come to find that it was a joke? It's absolutely disgusting...It's just a regular day and then, just like that, your whole world changes. It was terrifying."

Photos have been released of the suspects, and Suffolk County police are offering a $5,000 reward for information that leads to arrests.

Anyone with information can contact Suffolk County Crime Stoppers to submit an anonymous tip by calling 1-800-220-TIPS or by texting "SCPD" and your message to "CRIMES" (274637).