Man dies in 'freak accident' after wave causes him to break his neck, wife says 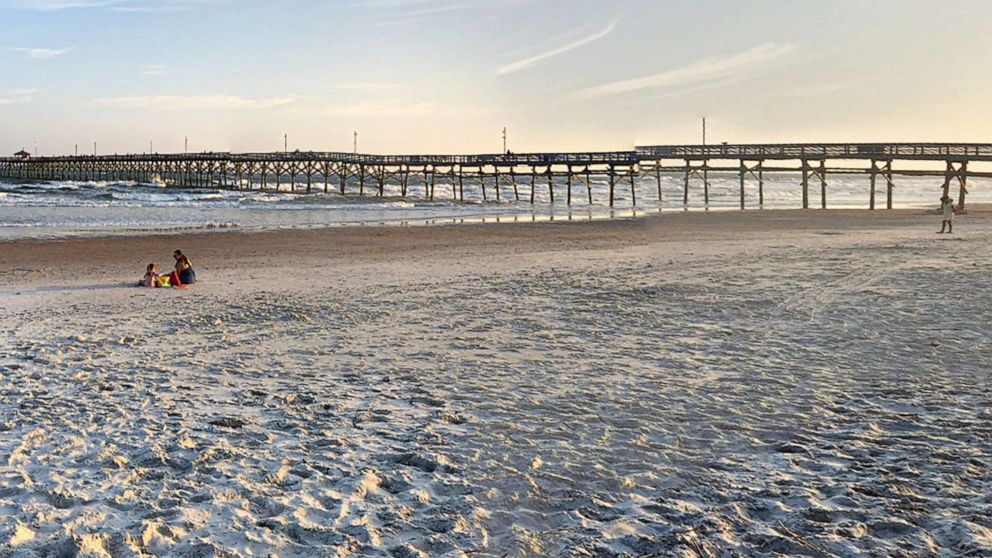 A North Carolina man died in a "freak accident" after rough waters in the ocean caused him to break his neck, according to his family.

Lee Dingle, 37, was playing in shallow waters with his children on Oak Island in North Carolina on Friday when an "intense" wave crashed over him, slamming him into the sand, his wife, Shannon Dingle, wrote on Twitter.

The swelling in his throat was so severe that it cut off oxygen to his brain, according to a GoFundMe campaign set up for the family. He leaves behind his wife and six children.

"Some heroes - including our kids - tried to save him, but it wouldn't have mattered what they did," Shannon Dingle tweeted. "His body couldn't recover from the initial injury."

"I wasn't supposed to be saying goodbye at 37," she posted to Twitter. "I don't know how to be a grown up without him, but I'll learn. I just wish I didn't have to."

"How he saw each child for who they were uniquely and just supported them in that and encouraged them and was always there for them," she said. "But I feel like anyone who knew him was a better person from their interactions with him."

The Archibald Project, the organization that documented the Dingles' adoption of one of their children, Zoe, wrote on Facebook that it is "grieved and saddened to share the tragic passing of a beautiful man and father."

Four of the Dingles' children are adopted -- three are siblings from Uganda, and Zoe, who has cerebral palsy, is from Taiwan, according to the organization, which advocates for orphans worldwide.

The Dingles first appeared on WTVD in 2016 after a local medical supply business donated a lift for Zoe's electric wheelchair.