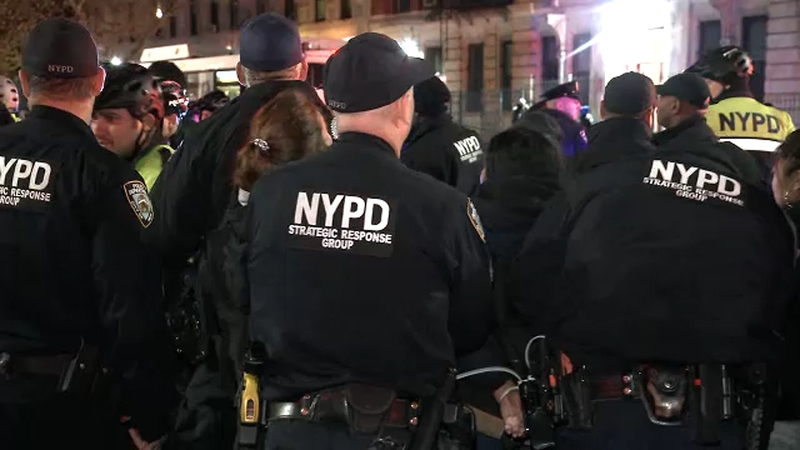 HARLEM, Manhattan (WABC) -- Several protesters have been arrested after demonstrating against the arrest of people selling food and candy in subway stations.

The protests come after Governor Cuomo's recent announcement that he plans to hire 500 MTA officers to add to policing in the subway in light of recent arrests. Protesters say this is not the answer, and there needs to be better social equity for people who ride the subway and can't afford to make ends meet.

"The numbers are already out there. It would cost 250 million dollars a year to hire those cops and it's about 200 million of fare evasion. The math says this is not what this is about," says MTA subway operator Seth Rosenberg.