7 On Your Side Investigates: Veterans struggle to access medical marijuana 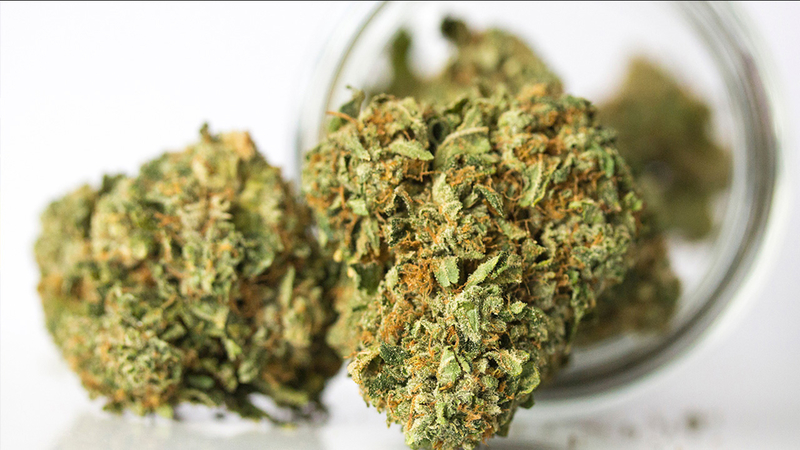 7 On Your Side Investigates: Veterans struggle to access medical marijuana

NEW YORK (WABC) -- Thousands of veterans interested in marijuana for pain management face fear and uncertainty trying to access the substance for medical reasons even as a growing number of Americans face expanding access.

Already, 33 states and the District of Columbia have legalized medical marijuana, and 11 states and DC have gone one step further legalizing recreational cannabis.

Medical marijuana has been legal in the tri-state area for years, but because it remains illegal at the federal level and because the Department of Veterans Affairs follows federal policy, the VA considers all forms of marijuana an illegal drug, meaning veterans can't get help accessing medical marijuana from their VA doctors.

During a recent Congressional hearing exploring bills that would allow for expanded access to medical marijuana for veterans, representatives for the VA indicated they would continue to oppose such policies as long as marijuana remains illegal at the federal level.

Eyewitness News began looking at the issue after hearing from multiple veterans that they were uncertain whether they would be penalized or denied treatment and ongoing prescriptions provided by the VA if they tried medical marijuana.

VA policy states, "Veterans will not be denied VA benefits because of marijuana use," but "VA clinicians may not recommend medical marijuana," and the VA won't help pay for it.

"They're not going to talk to you about how to use it or not to use it," Army Veteran Richard Brookshire said. "As long as you're at the VA, there is no conversation about marijuana or any other experimental medication...It becomes another hurdle you have to overcome just to figure out how you can get some relief."

Brookshire said he went outside the VA for medical marijuana to treat his depression, anxiety and Post Traumatic Stress Disorder -- and it has helped.

Another veteran, Leo Bridgewater, said he also went outside the VA for medical marijuana to treat chronic knee pain from a training accident that has required several surgeries. Bridgewater said marijuana has allowed him to stop taking opioids.

"It's actually helped me go from suffering from pain and PTSD to living," Bridgewater said.

"There's no reason why veterans should have to circumvent the law, circumvent the government agency that is supposed to be there supporting them," said Jeremy Butler, CEO of IAVA.

Many veterans say they continue to fear penalty from the VA and say they feel uncomfortable talking to their doctors about their marijuana use even when the substance appears to be helping.

The situation is especially concerning for professionals like Dr. Sean Morrison, who specializes in pain management and serves as the director of Geriatrics and Palliative Medicine at Mount Sinai.

Morrison is not associated with the VA but he is aware of the issues veterans face seeking medical marijuana and also what he calls a lack of access to research and treatment guidelines that he says all doctors face as a result of marijuana remaining an illegal drug at the federal level.

"It's a huge problem," Dr. Morrison said. "What I would really like is the investment of the federal government into pain research."

There is a bill in Congress that would remove marijuana from the federal list of illegal drugs, allowing for expanded access to the substance for veterans.

Unless that passes, veterans like Bridgewater and Brookshire will have to continue to look outside the VA for a treatment they say has helped.