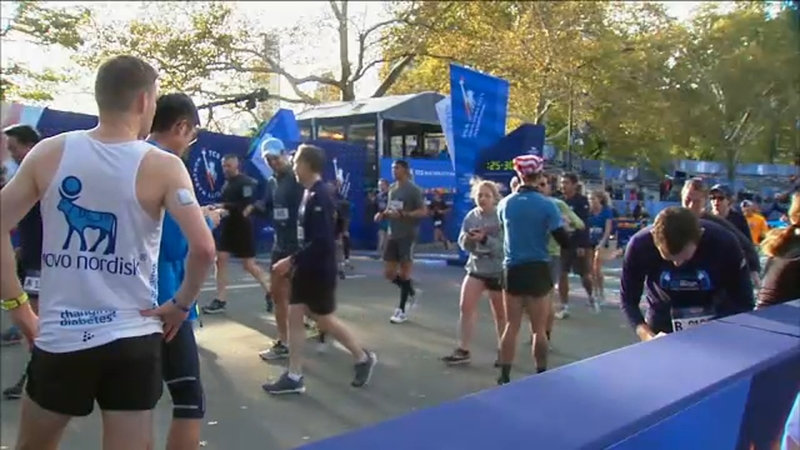 Kelati, who became a U.S. citizen in June, finished the race on a solo sprint to win her first U.S. title and finished six seconds faster than Molly Huddle's previous event-best mark.

It also marked the first U.S. road title for Hunter, who jumped into the lead with about 100 meters to go in Central Park.

About 7,000 runners registered for the Abbott Dash to the Finish Line 5K, a sort of warmup to the 2021 TCS New York City Marathon on Sunday.

The 3.1-mile race traverses part of the marathon course, starting near the United Nations Headquarters in Midtown East and ending at the marathon finish line in Central Park.

It was the largest field for an endurance race in New York since the 2019 marathon.

It's also a USA Track and Field championship race and the field included five Olympians and 20 championship winners.

The Kelati and Hunter will each win $1,500 after crossing the finish line first.