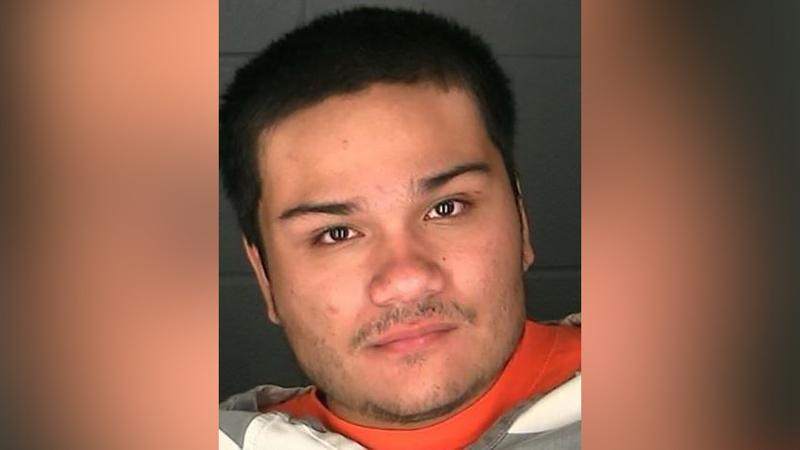 NEW YORK CITY (WABC) -- A 12-year-old Upstate New York girl whose disappearance Wednesday sparked an Amber Alert was located in New York City Friday, and one of the two men she was last seen with is in custody and facing charges.

The Amber Alert was canceled Friday after the girl, a suspected runaway, contacted her parents to say she was fine but had no intention of returning home. New York State Police then confirmed she had been found safe.

Authorities say she traveled from Hudson Falls to Staten Island with 19-year-old George Torres, of Navy Pier Court. She reportedly used social media to connect with Torres and arranged for him to pick her up after school Wednesday and drive her to New York City.

She was seen leaving Hudson Falls Middle School, according to the Washington County Sheriff's Office, getting into a newer model red, two-door Ford Mustang sedan on Oak Street around 3 p.m.

The Amber Alert described the car and the two men, all three of which were located late Thursday. Torres allegedly left the girl at the Staten Island Ferry, and he is now charged with kidnapping and endangering the welfare of a child.

NYPD Chief of Detectives Dermot Shea said Torres initially believed the girl was 18, but when he picked her up, it became clear that was untrue.

Neither Torres nor the second man in his car, who he also gave a ride, said they had any idea where the girl was going in New York City. The other man was released after questioning.

The NYPD called a Level 1 mobilization to search the area, but she was not located at that time.

Her cellphone was located near Sloatsburg in Rockland County Wednesday night after it was pinged by its service provider.

The case did not initially meet the criteria for an Amber Alert, Washington County Sheriff Jeff Murphy said, but the decision was made Thursday to activate the system amid the report that the girl may have gotten into a vehicle.

Torres pleaded not guilty. He has no known criminal history, but due to the weight of the charges against him and his lack of ties to the community, the prosecutor requested he be held without bail. According to his attorney, Torres is a manager for EZ-Pass on Staten Island.