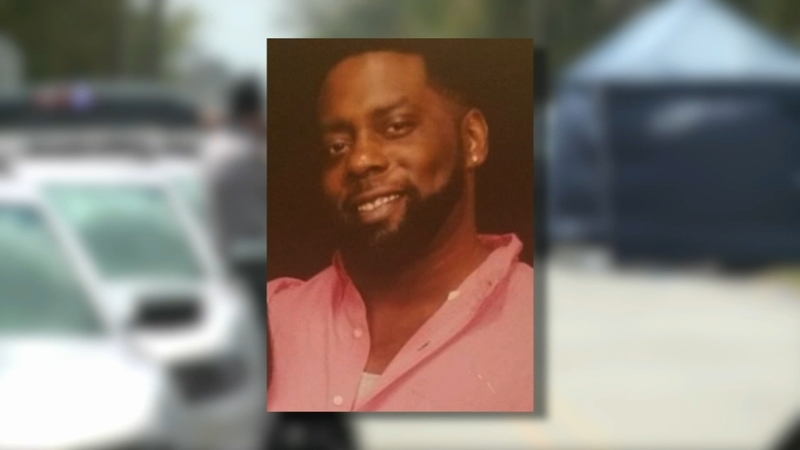 ELIZABETH CITY, N.C. -- The FBI announced Tuesday that it has opened a federal civil rights investigation into the deputy-involved shooting death of Andrew Brown Jr.

Agents from the FBI Charlotte Field Office "will work closely with the U.S. Attorney's Office for the Eastern District of North Carolina and the Civil Rights Division at the Department of Justice to determine whether federal laws were violated. As this is an ongoing investigation, we cannot comment further," an FBI Public Information Officer said.

Governor Roy Cooper also said he recommends that a special prosecutor handle the case. In a statement, he said:

In the interest of justice and confidence in the judicial system, I believe a special prosecutor should handle all matters regarding the shooting in Pasquotank County. This would help assure the community and Mr. Brown's family that a decision on pursuing criminal charges is conducted without bias. This position is consistent with the change in the law recommended by our Task Force for Racial Equity in Criminal Justice which calls for a special prosecutor in police shootings, and I believe the law should be changed to help ensure it.

"We have just been informed that the FBI will launch its own federal investigation into the murder of Andrew Brown Jr.," civil rights attorneys Ben Crump, Bakari Sellers, Harry Daniels, and Chantel Cherry-Lassiter said in a joint statement. "We have great faith that this caliber of an investigation will prevent any obscuring of the facts released to the Brown family and public, and will overcome any local bias that may prevent justice from being served. The video leaked earlier today shows what we already suspected: Andrew Brown Jr. was brought down by an inflamed modern-day lynch mob. The footage shows an eerie resemblance to what we saw in Ahmaud Arbery's modern-day lynching, except these were no vigilantes - these murderers were on the clock as law enforcement. We believe that once the long-awaited body camera footage is released, we will be able to fill in the gaps to this story and hold the officers responsible for Andrew Brown's death accountable. The longer law enforcement waits to release the body camera footage to the Brown family and the public, the more our suspicions are raised. This leaked footage hints as to why."

Tuesday, clergy from the group Repairers of the Breach and members of the NAACP joined Brown's family in calling for Governor Roy Cooper and State Attorney General Josh Stein to take over the case from Pasquotank County and District Attorney Andrew Womble.

Attorney General Josh Stein said he has reached out to Womble offering his help.

I look forward to the hearing ordered by Judge Jerry R. Tillett and scheduled for Wednesday, April 28, 2021 regarding the petitions filed requesting release of the law enforcement body worn camera footage surrounding the death of Andrew Brown, Jr. on April 21, 2021. The duties of the District Attorney are statutorily spelled out in NCGS 7A-61 and they include but are not limited to charging decisions regarding potential criminal conduct within the prosecutorial district. I stand ready willing and able to fulfill my statutory obligations and well as my Oath of Office for the people of the First Judicial District.

In a news conference on Tuesday, attorneys representing Brown's family said a Pasquotank County deputy executed him with a shot through the back of his head.

Preliminary findings from a privately-commissioned individual autopsy report found that the first shots came through the front window of the vehicle where Brown was seated in the driver's seat on April 21 in Elizabeth City.

Autopsy PC, the company the family hired to perform an independent autopsy, said Brown was shot four times in the right arm, and then once in the back of the head.

Attorneys representing Andrew Brown Jr.'s family said a Pasquotank County deputy executed him with a shot through the back of his head.

"So he was able to back up as these shots were coming into the vehicle. He was able to back up, turn his vehicle around, spin off across a vacant lot, and at that time he was hit in the back of the head here, and that was the fatal bullet wound that was described in the death certificate," attorney Wayne Kendall said.

After being shot, Brown crashed into a tree.

Kendall said all of the video from the scene needs to be released so the family, attorneys and the public don't have to piece together preliminary reports with descriptions of video and police reports.

"I think once the video actually comes out, we're going to also find out that there were shots into that vehicle after he crashed into that tree and after he had been hit in the head," Kendall said.

Kendall said the private autopsy also determined that Brown died within minutes of the bullet striking him in the back of the head.

Attorney Harry Daniels said law enforcement has got to stop being judge, jury and executioner for Black men in America.

"He wasn't fleeing. Let's get that word gone ... he was trying to run because he was scared for his life," Daniels said. "Anybody here, if you get shot at, you're going to run. That's bottom line."

Brown's son, Khalil Ferebee, spoke Tuesday. He said violence is not the key and that more violence would just make everything worse.

"Those three (sic) gunshots to the arm; that weren't enough? That weren't enough? It's obvious it was trying to get away...and they're going to shoot him in the back of the head?... That's not right at all, man. Stuff has got to change," Ferebee said.

The official autopsy report from the coroner's office has not been released.

On Monday, Brown's family was able to watch 20 seconds of redacted video from the body camera of one of the deputies present when the shooting happened.

"My dad got executed trying to save his own life," Brown's son said after viewing the video.

The family described the video by saying at least eight officers surrounded Brown while he sat in his own car in his own driveway. The officers blocked him in and approached him with guns pointed at him.

The family said his hands were on the wheel, even when officers started shooting.

As for video of the shooting, the family is still calling for law enforcement to release all of the unredacted video from the multiple body cameras as well as dash cameras at the scene. The video that the family viewed Monday has not been released

"I want answers about what happened as much as the public does," Wooten said Tuesday. "The private autopsy released by the family is important, and I continue to pray for them during this difficult time. However, a private autopsy is just one piece of the puzzle. The independent investigation being performed by the SBI is crucial and the interviews, forensics, and other evidence they gather will help ensure that justice is accomplished."

Elizabeth City is under mandatory curfew indefinitely from 8 p.m. until 6 a.m.

On Wednesday, clergy will march from Mount Lebanon A.M.E Church to the site where Brown was shot by law enforcement.