'Pepe the Frog' deemed a hate symbol by ADL 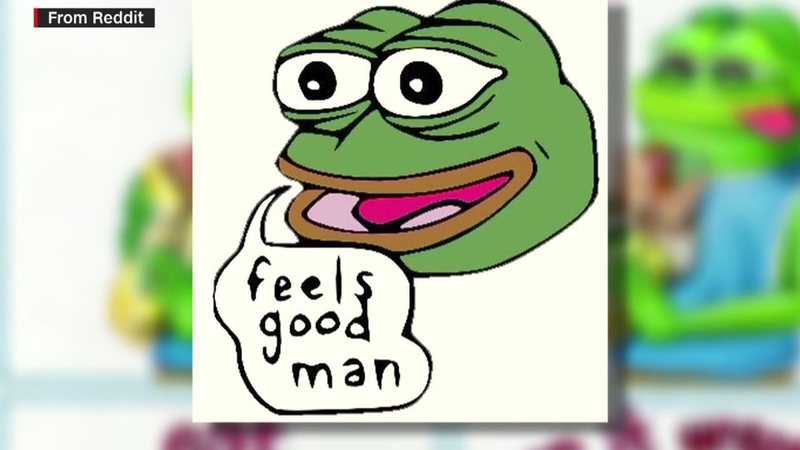 'Pepe the Frog' deemed a hate symbol by ADL

Internet meme Pepe the Frog has found himself in a database of hate symbols.

The Anti-Defamation League says recent appropriations of the smirking green frog as Adolf Hitler, a Klansman and numerous racist caricatures caused the classification.

"Once again, racists and haters have taken a popular Internet meme and twisted it for their own purposes of spreading bigotry and harassing users," Jonathan A. Greenblatt, ADL CEO said in a statement. "These anti-Semites have no shame. They are abusing the image of a cartoon character, one that might at first seem appealing, to harass and spread hatred on social media."

The designation does not apply to all Pepe memes because most of them are not "bigoted" in nature, the ADL said.

It wasn't always this way for Pepe, who first appeared on the internet in 2005 in artist Matt Furie's "Boy's Club" cartoons.

In 2008, a comic of Pepe with his pants at his ankles while urinating, captioned "feels good, man," spread through online community 4chan, according to KnowYourMeme.

His bemused smirk was made for the internet, and a meme was born.

Pepe was manipulated over time to capture the range of the human experience, including Sad Frog, who was often paired with the phrases "Not Good Man," "Feels Bad Man," or "You Will Never..." to Smug Frog, Angry Pepe, Keith Haring Pepe, even supposedly Rare Pepes.

A decade later he had solidified his place among "normies" in mainstream internet circles, becoming one of the biggest memes on Tumblr in 2015.

The 2016 US presidential campaign exacerbated the phenomena as white power movements came out to endorse Donald Trump, drawing in Republican nominee Donald Trump.

After Hillary Clinton said most of Trump's supporters were in a "basket of deplorables," Donald Trump Jr. shared an altered version of the movie poster of "The Expendables" on Instagram. It showed Pepe among Trump senior and other conservative figures labeled "The Deplorables."

The Clinton campaign fired back with a post, "Donald Trump, Pepe the frog, and white supremacists: an explainer" on why "that cartoon frog is more sinister than you might realize."