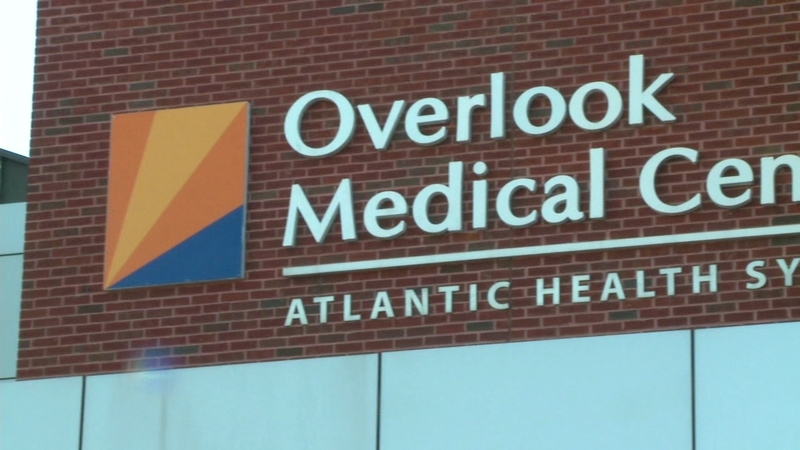 Garwood resident Lucille Bonfanti will never forget February 13, 2017. That's the morning she experienced an endovascular stroke. "I got out of bed at 4 am, and when I got back to bed I said to my husband, 'My eye is killing me,'" she recalled. "The pain was horrendous." Rich, her husband, asked her if she wanted to go to the hospital, but she refused. A moment later, she agreed. Then she passed out.

Lucille doesn't remember her time spent in the neuro-intensive care unit at Atlantic Health System's Overlook Medical Center in Summit, NJ, but she knows she was given 50-50 odds of survival. Arriving at the hospital at 5 am, she had a CT scan that revealed a bleed in her left parietal lobe. Fortunately, Atlantic Health System neurosurgeon Paul Saphier, MD was available, quickly performing a procedure on Lucille using the Apollo System.

The Apollo System is a surgical tool inserted via a small incision that suctions blood and clots out of the brain, preventing further damage without the need to shave the head and open up the skull. Atlantic Health System is one of the few healthcare systems in the region trained and experienced with this advanced aspiration technology.

Lucille's procedure with the Apollo System took several hours, according to Rich--and although successful, she was not out of the woods yet. "She was paralyzed on her right side," Rich said. Lucille suffered a seizure after surgery, and in the days afterward, she was not herself. "She didn't know who I was," Rich said. "She didn't even know who she was."

After 10 days in Overlook's neuro-intensive care unit, Lucille was transferred to rehabilitation. After nearly five weeks, she was discharged to continue her recovery at home.

Two and a half years later, 70-year-old Lucille is almost fully recovered. She enjoys time spent with Rich and walking in her neighborhood, weather permitting. "My balance is not 100 percent," she said. "My peripheral vision is off and I choose not to drive anymore. But I can do basically anything I want."

She cherishes the trips she's taken since her ordeal, including an extended family vacation to Walt Disney World in Orlando with her daughters and grandchildren, as well as a jaunt to Kentucky with a group of friends. "I have in the back of my head that I'd love to go back to Europe," she adds, explaining that she'd like to delve into her family history in Sicily, although she's a little hesitant to travel so far because of her imperfect vision.

Sometimes, though, she can't believe she even has the luxury of contemplating travel at all. "It's mind boggling to me how sick I was," she said. "It's hard for me to comprehend because of my amazing recovery." She credits her recovery to her three granddaughters as well as to Dr. Saphier. "Whatever Dr. Saphier did was fabulous and wonderful," she said. "He's such a responsive, kind doctor, and a down-to-earth guy. He just makes you feel confident, and I owe him my life."

First Surgery with ROSA Brain Robot for Epilepsy
Conventional neurosurgery for epilepsy requires a craniotomy, which is the surgical removal of part of the bone from the skull to expose the brain, so that electrodes can be placed to detect and record seizure activity. Due to the complexity of epilepsy surgery, only the most technically skilled neurosurgeons are trained to use the ROSA Brain robot which does not require opening the skull, or even shaving the head.

"We're truly excited to be the first in New Jersey to use the ROSA Brain robot during brain surgery," said Dr. Benitez. "Seizures can be a daily occurrence for epilepsy patients and approximately 30 percent of these patients don't respond to medication. Using a tool like the ROSA robot is a far less invasive surgery and adds new surgical options that can drastically improve the quality of life for patients with seizures."

Using the ROSA Brain robot, surgeons make tiny holes in the skull through which they insert the electrodes. The electrodes record brain activity and help pinpoint exactly which part of the brain is responsible for seizures. The robot also can assist in deep brain stimulation, trans-nasal and ventricular endoscopy, and brain biopsies.

Christine Treger's journey with Parkinson's Disease began more than eight years ago, when she noticed her pinkie finger was twitching a lot.

Christine was under the care of a Parkinson's Disease specialist at Overlook Medical Center's Atlantic Neuroscience Institute and was doing well. But after several years, Christine found herself having to take larger doses of medication and at more frequent intervals, and still she experienced tremors. Her neurologist, Marcie Rabin, MD, told her that she was a good candidate for deep brain stimulation (DBS), as she had been on medication for several years and wasn't getting relief, but Christine didn't pursue that avenue.

Several more years passed, and Christine's tremors worsened. She was working full time as the director of faith formation at the Presbyterian Church of Westfield, and she was totally exhausted. Finally, in 2018, she had done enough thinking about DBS to bring it up again with Dr. Rabin. "I was ready," she recalled. Dr. Rabin connected her with
Paul Gigante, MD, a neurosurgeon at Overlook Medical Center who specializes in noninvasive DBS surgery for Parkinson's Disease sufferers, and her procedure was scheduled.

In DBS, thin wire leads with four electrodes at the tips are implanted into a targeted area of the brain. While anesthesia is briefly paused, the neurosurgeon and neurological team speak to the patient and assess motor function at the same time they're stimulating specific areas of the brain so as to determine the optimum locations for the electrodes. In a follow-up procedure, a battery-operated device is planted just under the skin, near the chest. This device is connected to the electrodes on the brain and delivers electrical stimulation that helps reset abnormal circuits that cause Parkinson's Disease symptoms.

Christine doesn't remember much about the procedures, but most incredible to her was what happened when she returned to Overlook Medical Center a week after her surgeries so Dr. Rabin could activate the battery-powered device: "She turned it on and my symptoms went totally away. Immediately. It was like a miracle. I had arrived in a wheelchair, and I walked out. I felt totally normal."

"I'm feeling great," she said. "I can do anything I want to do." Asked if she had any advice for other Parkinson's Disease patients who might be on the fence about DBS, Christine didn't hesitate. "I would tell anybody who's a candidate to go for it," she said. "Dr. Gigante is a miracle worker. He's wonderful. He's always upbeat, he's always smiling, and he's very smart, too."
Report a correction or typo
Sponsored Content
More Videos
From CNN Newsource affiliates