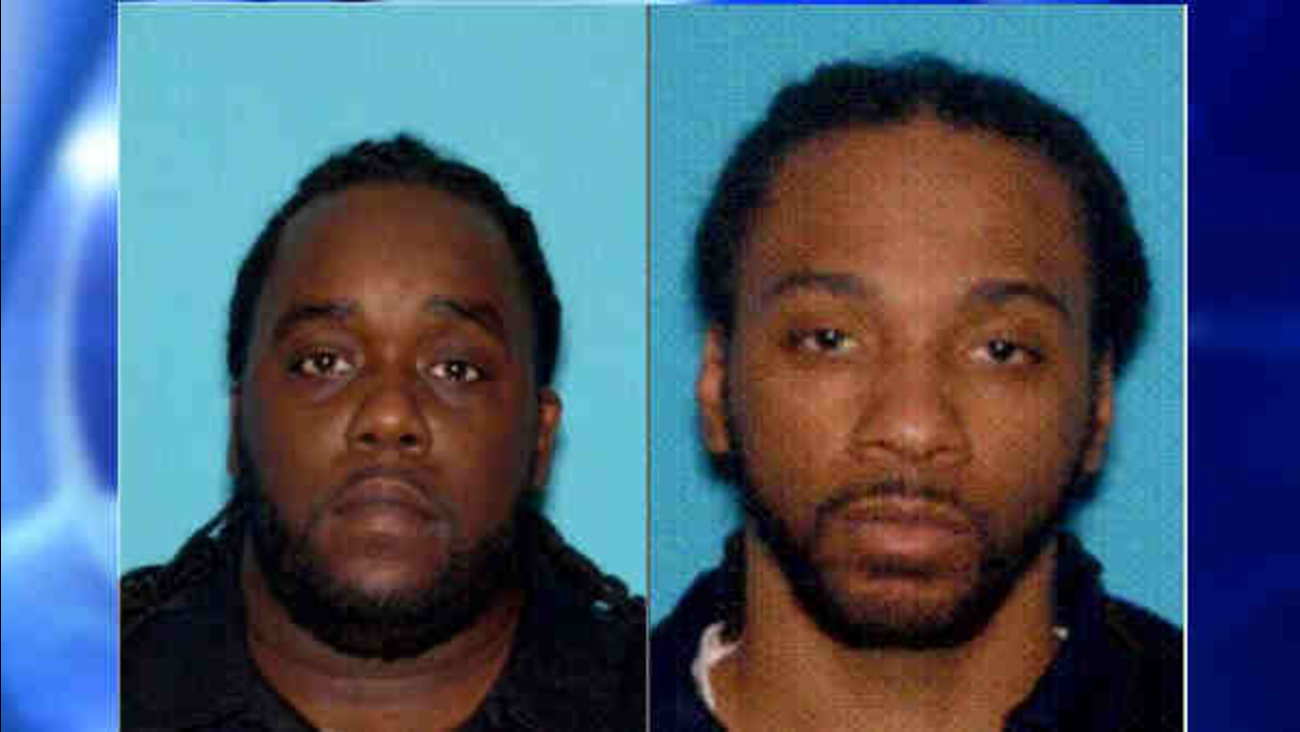 NEWARK, N.J. (WABC) -- Two suspects have been arrested in a string of at least 10 ATM thefts along the Route 21 corridor in New Jersey.

According to police, the men, Mark Smith, 32, and Levell Burnett, 38, both from Newark, used a large truck to pull an ATM out of a business in the rash of thefts, mostly in Essex and Hudson counties.

The most recent incident was at Newark Crown Fried Chicken on Frelinghuysen Avenue last Tuesday.

The two backed a pickup truck into the business and yanked the ATM out, according to investigators. It was later recovered on Interstate 78.

"Working cooperatively with our law enforcement partners we were able to arrest two men who we believe were responsible for multiple incidents of crashing into businesses, grabbing automatic teller machines and fleeing with significant sums of cash,'' said Acting Essex County Prosecutor Carolyn Murray.

Both are charged with multiple counts of conspiracy to commit burglary, theft of an ATM and criminal mischief.

The incidents that led to the arrests occurred from October 2014 though late January 2015. The businesses include Sudz King Laundromat in Maplewood, Buy Rite Liquors in Kearny, Wonder Bagel in Jersey City and Dunkin Donuts in Bloomfield.

In most of the cases the men used a pickup truck to crash into the front of the business and then took the ATM machine, authorities say. The machines were taken to locations in Newark on Frelinghuysen Avenue and on Route 78.