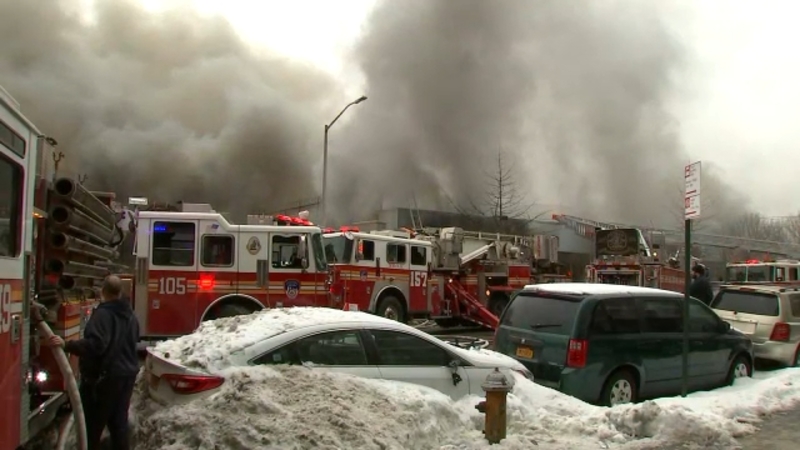 CROWN HEIGHTS, Brooklyn (WABC) -- A three-alarm fire is burning through an auto service center in Brooklyn.

The fire broke out around 10:30 a.m. Monday on Empire Boulevard in the Crown Heights section.

The fire is burning through the cars in the building and in a lot.

It is burning not far from Medgar Evers College.

Eyewitness News Reporter Diana Rocco heard what sounded like small explosions coming from inside the building.

Some 140 FDNY firefighters responded to the scene.

FDNY members continue to operate on scene of a 3-alarm fire at 183 Empire Blvd. in Brooklyn. pic.twitter.com/WeTXbRcjHX

Witnesses and some people who work across the street say that this is a car repair and rental business that opened within the last six months.

Witnesses say it only took moments for this fire to ignite and spread.

"I saw everyone in my office running outside," said Ezra Eliahou, area worker. "Hopefully, everyone is OK in there."

Two firefighters were taken to Weill-Cornell Medical Center for treatment of injuries. One civilian refused medical attention at the scene.