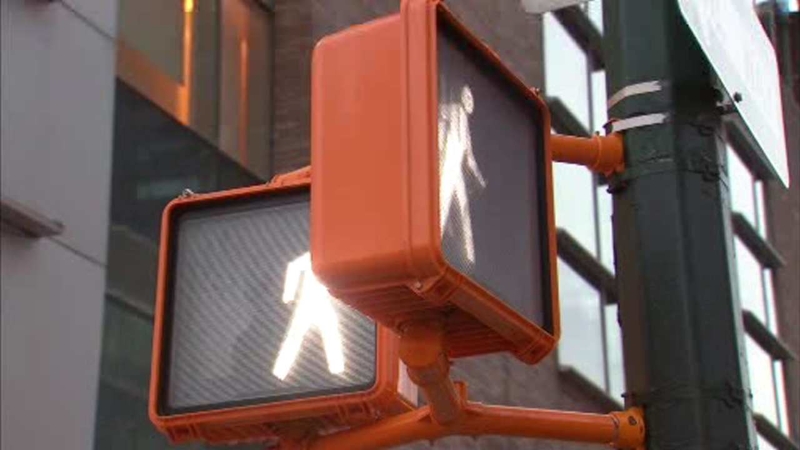 NEW YORK (WABC) -- Like most New Yorkers, Lixmer Ventura is usually in a rush, but now he can cross diagonally, legally and safely, at 66th and Columbus.

"Love it, love it, mostly because I'm usually running late, trying to catch the train, so it helps out," Ventura said.

This is called Barnes Dance where, during the cycle of lights, traffic comes to a complete stop.

For 25 seconds, this intersection belongs solely to pedestrians, who can cross without fear of getting hit.

They can even walk in the middle of the box if they want.

"In the few areas that we have implemented the Barnes Dance in the city, crashes have been going down," Councilman Ydanis Rodriguez said.

On Wednesday, City Council is expected to pass a new bill calling on the DOT to study the 25 most dangerous intersections in the city.

They will see if they should expand a Barnes Dance to more locations. Those fighting for safer streets applaud the move.

"A car and a pedestrian can't occupy the same place at the same time, when it's car vs. pedestrian, the car always wins," said Julia Kite, Transportation Alternatives.

We're told 25% of pedestrian deaths are caused by drivers making a turn. While this would eliminate that potential hazard, it would also slow down traffic.

That has one pedestrian worried it could backfire.

"These lights are so short that the cabs are rushing to make the lights, it causes more aggressive driving," a pedestrian said.

The story goes people were so happy when it was first installed they danced in the street. Hence, Barnes Dance.