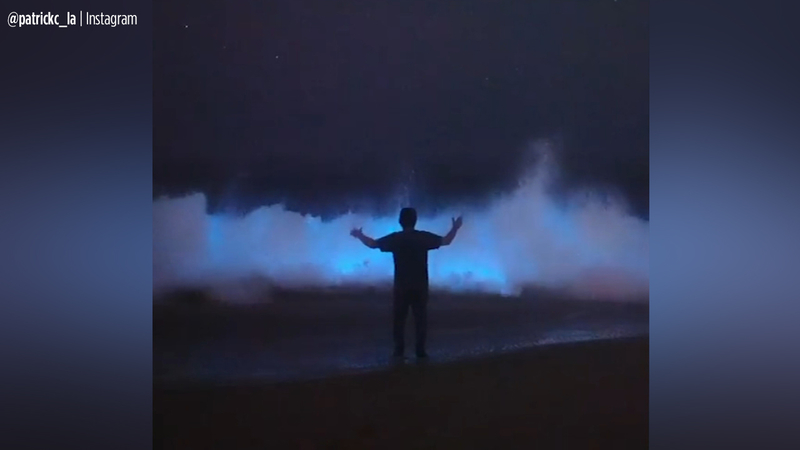 NEWPORT BEACH, Calif. -- A photographer captured a rare phenomenon on the shores of Newport Beach where bioluminescent waves turned the ocean neon blue.

The beautiful ocean light show was caught on camera in the dark of the night earlier this week.

The appearance of neon blue waves is usually caused by algae in the water.