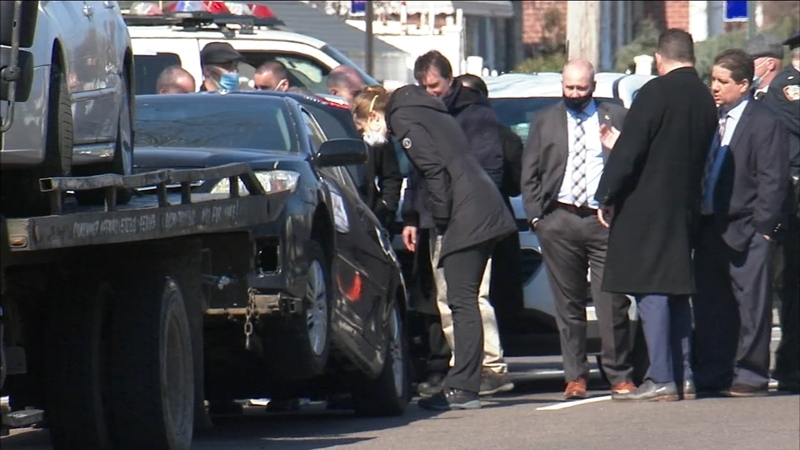 Death of woman found in trunk of car ruled homicide

WAKEFIELD, Queens (WABC) -- The death of a missing woman whose body was found in the trunk of a car in Queens has been ruled a homicide by the medical examiner's office.

An autopsy done on 26-year-old Destini Smothers' body found blunt impact injury to her head including a skull fracture and brain injury.

Smothers' had been missing for four months when her body was discovered in the trunk of a car Wednesday morning.

Authorities say the vehicle was parked on Lefferts Boulevard in South Ozone Park with no license plates and was being towed when the body was discovered.

The victim was confirmed to be 26-year-old Destini Smothers, of Troy, New York, who was last seen on November 3. She went missing after celebrating her birthday at a bowling alley in Woodside.

Her devastated family members showed up at the scene, saying they learned on social media of the grisly discovery in the trunk of the black Toyota -- a car that was all too familiar to them.

They say it belonged Smothers' boyfriend.

"He has some involvement, because that was his car," aunt Tima Fowler said. "That was the car he was driving. The car went missing, she went missing, so it all points to him."

The boyfriend told the family that Smothers, a mom of two young boys, got out of the car 34th Avenue after the two got in a heated argument.

"He actually got into my car and took it and took me where he said she jumped out in Astoria," Fowler said. "He sat in the back behind me. I don't know how he did that."

The tow truck operator made the discovery while searching for a spare tire jus before 10 a.m.

"Upon opening the trunk, the operator observed a deceased individual positioned on their side," NYPD Assistant Chief Ruben Beltran said.

Smothers' family, however, is just trying to grasp the end result of four painful months spent searching and hoping.