Naked woman with scissors fatally shot by sergeant in the Bronx CASTLE HILL, Bronx (WABC) -- A naked woman armed with scissors and a bat was fatally shot by an NYPD sergeant in the Bronx.

It happened just after 6 p.m. Tuesday on Pugsley Avenue in the Castle Hill section.

"I hope and pray by all that's holy that she's in peace. I really do. Because she was not at peace in life," said Raphelle Gundy, a neighbor.

Neighbors say the 66-year-old woman had extensive mental health difficulties and was fine on her medicine.

The cops were there practically once a month when she was off the meds.

"I personally saw her bring her out on a stretcher in a straightjacket and she's snarling and spitting and talking all crazy," Gundy said.

It was around 6 p.m. Tuesday evening, a 911 caller told police the woman was and in the hallway armed with scissors.

Five cops and their patrol sergeant rushed to the scene. They found her in the apartment with the scissors in her hand. The sergeant convinced her to put them down.

"After putting down the scissors, the female subject approached the sergeant and grabbed a baseball bat. As she attempted to strike the sergeant, he fired two shots from his service revolver, striking her in the torso," said Assistant Chief Larry Nikunen, NYPD Patrol Borough Bronx. "The sergeant was armed with a Taser, it was not deployed, and the reason it was not deployed will be part of the investigation and review." 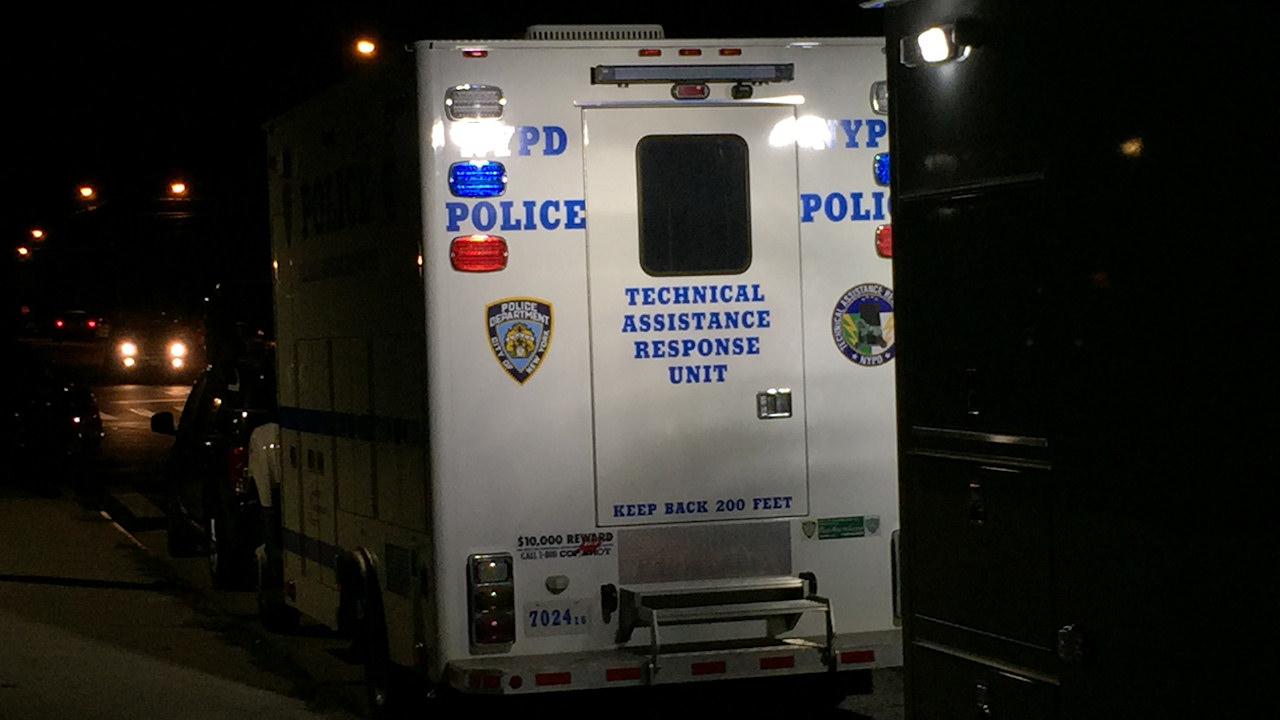 "They were pumping her, trying to keep her alive," a witness said.

Paramedics rushed her to Jacobi Hospital, but it was too late.

The sergeant's actions are now under review. Why did he choose to shoot her, when none of his officers opened fire?

"All this for one lady, it's crazy," a witness said.

"It's sad that she had to die, but I'm hoping and praying that she's at peace now," Gundy said.
Assistant Chief Nikunen added that there have been several calls to that apartment about this woman in the past for similar incidents.

Bronx Borough President Ruben Diaz Jr. released a statement in reaction to the fatal shooting saying, "Tonight's shooting of a mentally disturbed, 66-year-old woman in the 43rd Precinct is an outrage, especially given the New York Police Department's knowledge of this woman's history and the police officer's possession of a stun gun. While I certainly understand the hard work that our police officers undertake to keep the streets of our city safe every single day, I also know what excessive force looks like. This elderly woman was known to the police department, yet the officer involved in this shooting failed to use discretion to either talk her down from her episode or, barring that, to use his stun gun. That is totally unacceptable. Tonight's incident is all too reminiscent of the case of Eleanor Bumpers and a much darker time for this city and this nation in terms of police/community relations. Hasn't anything changed over the last 32 years? I call on Attorney General Eric Schneiderman and District Attorney Darcel Clark to begin an immediate investigation."