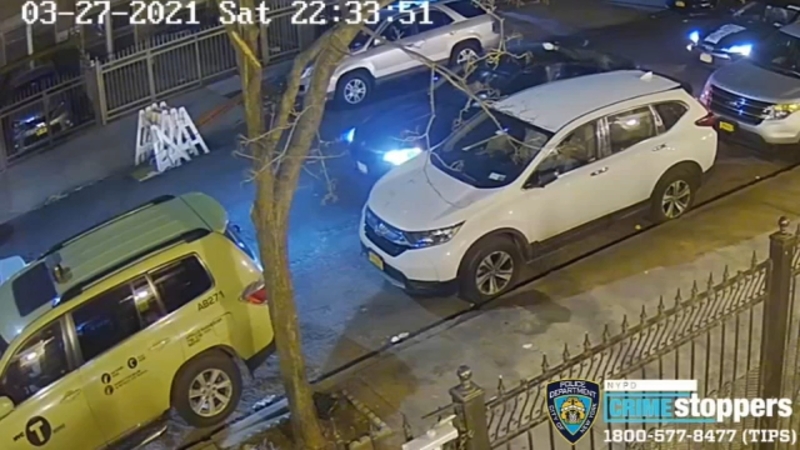 LONGWOOD, Bronx (WABC) -- Police have released video of a frightening shootout in the Bronx as it seeks the public's help.

The footage begins with a man hopping out of a BMW and opening fire on Fox street in the Longwood section.

Two men believed to be his intended targets then return fire.

Next, the driver of the BMW tries to back down the street but strikes a dumpster.

He and a passenger abandon the car and run off.

It does not appear anyone was hit by the gunfire.