No shooter found after police swarm hospital in Westchester County 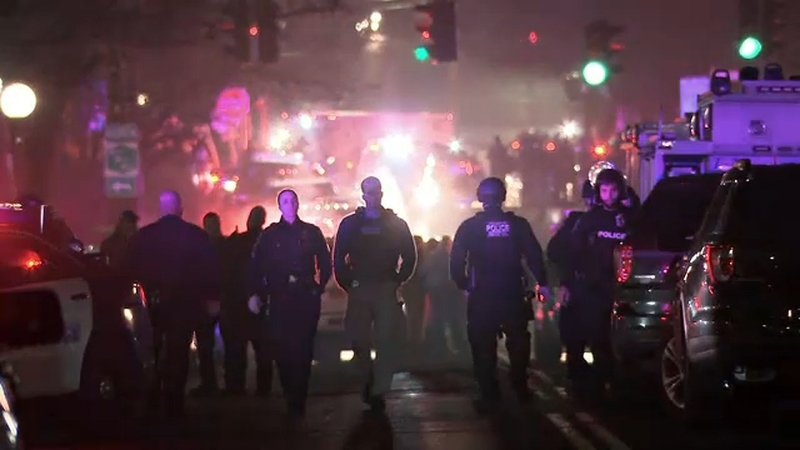 No shooter found after police swarm hospital in Westchester County.

BRONXVILLE, New York (WABC) -- A massive police presence swarmed a hospital in Westchester on Sunday night after unfounded reports of a man with a shotgun.

Numerous police departments and the FBI responded just before 9 p.m. to New York-Presbyterian Lawrence Hospital. Officials say there were no shots fired and no reports of anyone with a weapon.

Bronxville Police Chief Christopher Satriale reported that two patients in the same room on the sixth floor reported to the nurses' station that they saw a man with a shotgun. The nurses then locked down the hospital per protocol.

Tim Fleischer has more on the massive police presence.

Officials are in the process of reviewing surveillance video. No video confirmed anyone armed with a rifle, shotgun or handgun.

There is no indication that the patients reported the gunman in a malicious way.

There are no reported injuries. The patients and hospital staff are all safe.