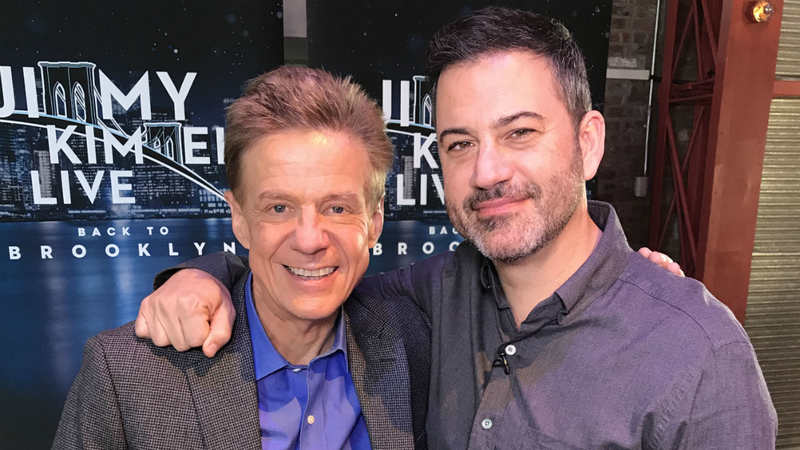 The home of "Jimmy Kimmel Live" may be in Hollywood, but the host remains close to family and friends here in the city.

It's just a few short miles from his boyhood home in Mill Basin to the Brooklyn Academy of Music, and he brings his kids along so they can see where he grew up. His trip home has become an annual tradition.

This year, the first stop was a pizzeria with his son Billy, then a weekend visit to a deli near his old home in Mill Basin with his dad.
Kimmel says this week is a family affair.

The native son of Brooklyn moved away when he was 9 years old -- but his ties to the old neighborhood remain strong.

"I was very lucky because I had a group of kids, we had a little reunion here last year, that I went to school with from kindergarten through the 4th grade when we moved to Las Vegas. It was the same group of kids, and I know them really well," Kimmel said.

We caught up with Jimmy between rehearsals in the big hall at BAM, so much larger than his studio in LA.

"There's a lot of excitement here, and it's not like that in LA. I've got an audience of 200. This audience is ten times the size," Kimmel said.

He's looking forward to the third visit to his show by Eddie Murphy, who grew up nearby in Bushwick, and he's really excited about the first-ever appearance by one of Jimmy's boyhood idols, Bruce Springsteen.

"I've never had him on my show and he's always been one of those few people who have been on my bucket list," Kimmel said.

The host wrote the Boss a letter telling him how much his music had meant and enclosed an old photo, which he plans to show Monday night.

"I'm in high school, and I got the Springsteen live boxed set as a Christmas gift, and there I am in my Generra sweatshirt, holding this boxed set," he said.

You can watch how it plays out right here on ABC 7 right after Eyewitness News at 11.