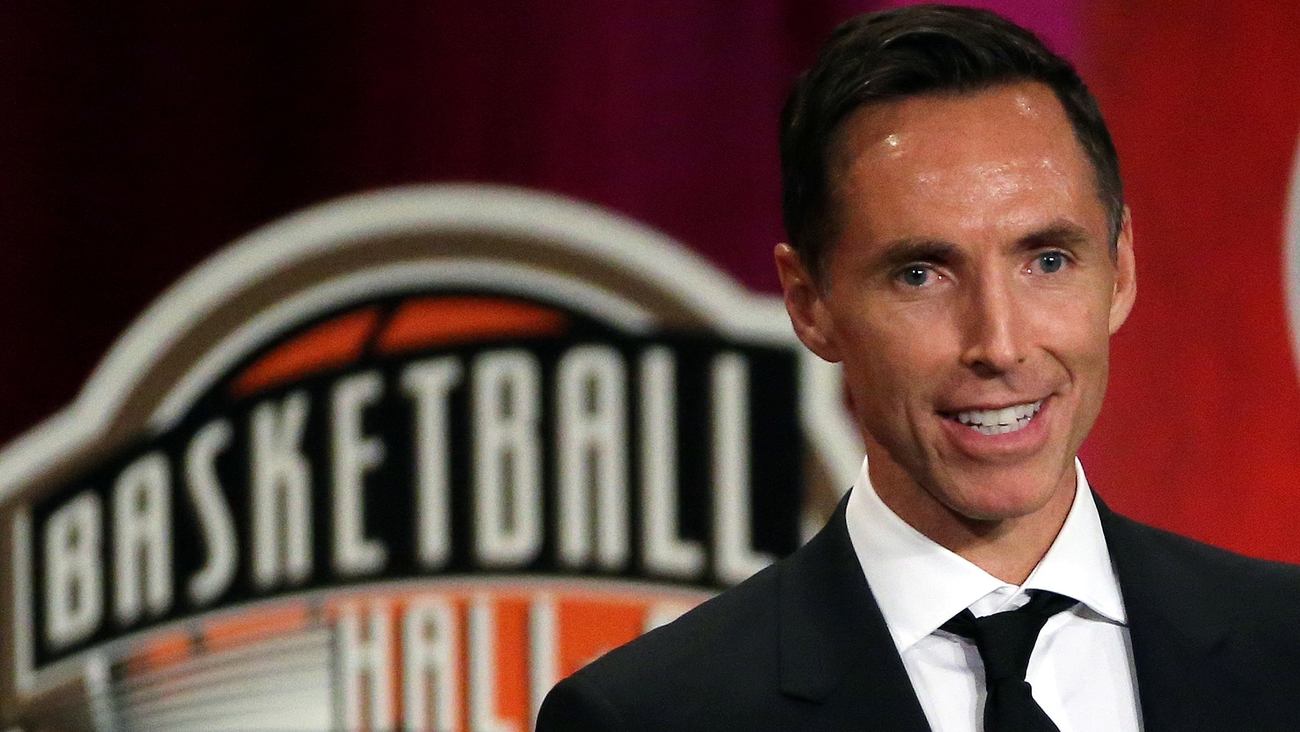 "After meeting with a number of highly accomplished coaching candidates from diverse backgrounds, we knew we had a difficult decision to make," general manager Sean Marks said. "In Steve we see a leader, communicator and mentor who will garner the respect of our players."

Nash joins the Nets following five seasons as a player development consultant with the Golden State Warriors, where he contributed to two NBA championship teams and made four consecutive trips to the NBA Finals.

"I have had the privilege to know Steve for many years," Marks said. "One of the great on-court leaders in our game, I have witnessed firsthand his basketball acumen and selfless approach to prioritize team success. His instincts for the game, combined with an inherent ability to communicate with and unite players towards a common goal, will prepare us to compete at the highest levels of the league."

An eight-time NBA All-Star, Nash played 18 seasons with the Phoenix Suns, Dallas Mavericks and Los Angeles Lakers. He won back-to-back MVP awards in 2005 and 2006 while playing for the Suns, becoming just the 10th player in NBA history to win the award in consecutive seasons.

"I am honored to have this opportunity with such a first-class organization," Nash said. "Coaching is something I knew I wanted to pursue when the time was right, and I am humbled to be able to work with the outstanding group of players and staff we have here in Brooklyn. I am as excited about the prospects of the team on the court as I am about moving to Brooklyn with my family and becoming impactful members of this community."

Nash was named to All-NBA teams seven times throughout his career, earning first-team honors three times (2005-07), while twice being named to the second (2008, 2010) and third teams (2002, 2003). A five-time assist champion, Nash currently ranks third in NBA history with 10,335 career assists. The culmination of his brilliant playing career came in 2018 when Nash was enshrined in the Naismith Memorial Basketball Hall of Fame.

"We are excited to welcome Steve to the Nets family and look forward to a successful and meaningful partnership," Nets Governor Joe Tsai said. "Steve shares our vision for the future of this franchise and his character exemplifies the core principles of our organization in working to serve our communities. I can't wait for Steve to get started."

Having grown up in Victoria, British Columbia, Nash is one of the most accomplished figures in Canadian basketball history. He was a member of Team Canada from 1993-2004 and served as general manager for the senior national team from 2012-19. Nash played collegiately for four seasons at Santa Clara University prior to being selected 15th overall in the 1996 NBA Draft.

Related: Barclays Center to serve as polling site for 2020 election

In addition, the team announced that Jacque Vaughn will return to Brooklyn as lead assistant coach.

"We are thrilled to retain Jacque as a leading member of our coaching staff," Marks said. "Jacque has been an integral part of our program and a key contributor to the growth and development of our entire organization. His role in developing our players both on and off the court and his influence driving our culture have been invaluable. Our players will benefit from the continuity of Jacque's presence, and we are extremely fortunate to keep him in our Nets family."