Brooklyn neighborhood concerned over piles of trash outside pharmacy 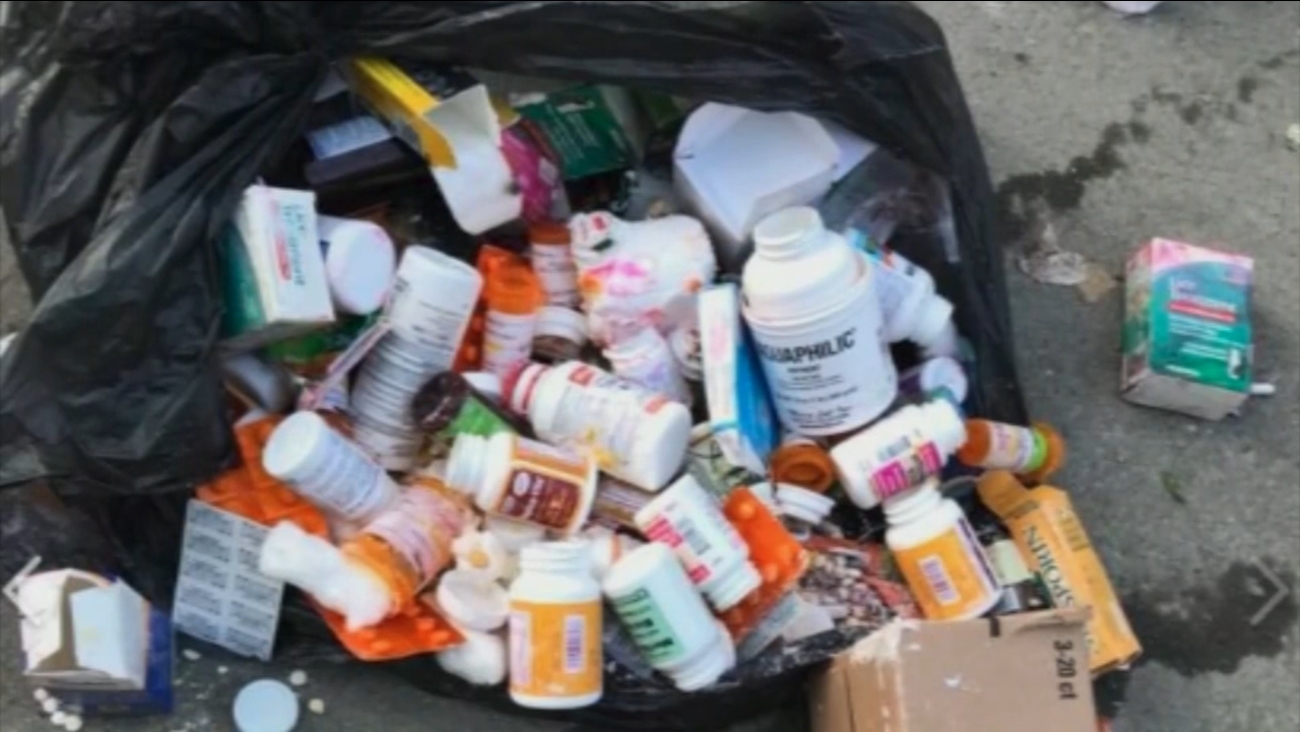 BEDFORD-STUYVESANT, Brooklyn (WABC) -- A pharmacy in Brooklyn has drawn anger from residents after mounds of garbage have been piling up on its property, with the rubbish reportedly including bags of prescription pills.

Piles of trash from the Fulton Street Walgreens in Bedford-Stuyvesant have been plaguing neighbors for months, spilling over into the sidewalk and street.

"They're constantly like on a daily basis large piles of trash," said resident Max Kiss. "It's definitely an exceptional amount."

He says it's more than an eyesore, it's dangerous, with he and his wife recently discovering exposed bags of prescription pills and personal information up for grabs while walking their kids to school.

"It was a bag full of 10-12 bottles wide open, just an invitation on the street," said Pucka.

The couple snapped pictures and complained to the store manager and Walgreens corporate through Twitter.

"They responded several times and said we'll take care of it and we didn't see an improvement," said Pucka. "This stuff has to be disposed of instantaneously. It should never see public trash, they should have a secure drug disposal system."

We reached out to Walgreens corporate and they say they're taking the necessary steps to ensure the proper disposal of trash outside the store, but people who live nearby say they haven't seen much improvement.

At the very least neighbors say they want the trash to be more secure and prescription pills shouldn't be mixed in with other waste.

"That's obviously disturbing for many reasons, like anyone can see what should be confidential information, but also just shouldn't be on the street," a resident said.