12-year-old boy shot and killed, woman injured while sitting in a car in Brooklyn 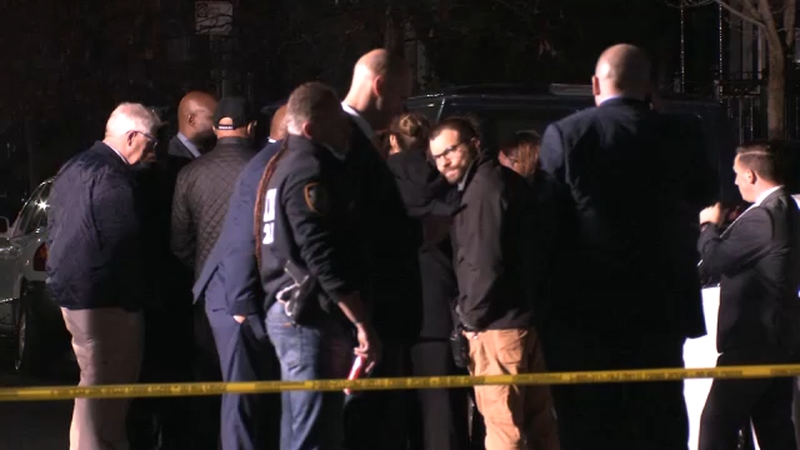 Child fatally shot while sitting in car in Brooklyn

BROOKLYN, New York (WABC) -- Police responded to a shooting in Brooklyn that left one child dead and another woman injured while sitting in a car Thursday night.

According to officials, the fatal shooting happened near East 56th Street and Linden Boulevard in East Flatbush just before 8 p.m.

Mayor Eric Adams joined police to give an update after a child was fatally shot while sitting in a car in Brooklyn.

The boy was shot in the head and pronounced dead at the scene.

The woman was shot three times and taken to a nearby hospital, where she underwent surgery and is expected survive.

Police say there was also a 8-year-old girl in the back seat of the car. Fortunately, she was not injured. The relationship between the victims remains unclear at this time.

Officials say they are looking to determine if the vehicle was targeted or if the victims were innocent bystanders.

Police are looking for two black sedans that were seen fleeing the scene.

There's no word yet on a motive for the shooting.