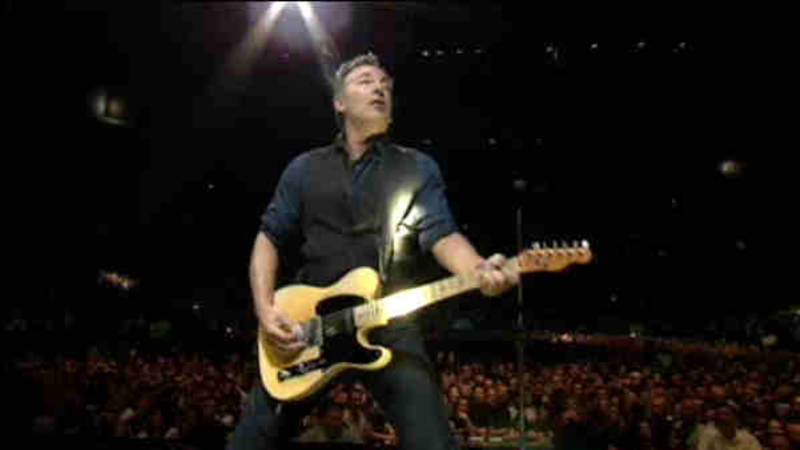 Attorney General Eric Schneiderman sent letters Monday to StubHub, TicketNetwork and Vivid Seats asking about the practice of offering seats on secondary markets when the seller may not possess the tickets.

Tickets for Springsteen's tour don't go on sale until Friday, but hundreds of seats have already been listed at hundreds to thousands of dollars on resale sites.

"Even though tickets for Bruce Springsteen's upcoming tour haven't even gone on sale yet, our investigation's seeing that tickets on the secondary market are going for up to $5,000 apiece," Schneiderman said.

And Wednesday on StubHub, the top ticket price for his January 31st concert in Newark was a cool $7,500. On another re-seller, TicketNetwork, a single ticket to a luxury box was going for nearly $24,000.

"This kind of predatory behavior drives up prices, hurts consumers, and sews distrust in the ticket industry," Schneiderman said.

Even though tickets brokers are often operating legally, Schneiderman is investigating the so-called speculative tickets, which are sold by re-sellers at a premium before the tickets are even sold to the general public.

"Too often, unscrupulous speculators are leaving music fans holding the bag with bad tickets or no tickets at all," Schneiderman said.

Last October, that's what happened to Justin Castellino and his fiance. They spent big bucks on Mets tickets playoff tickets from another re-seller that turned out to be fake.

"When consumers see $5,000 tickets for sale that haven't even been released publicly yet, I hope they're Born to Run as far away from these predatory sellers as possible," Schneiderman said.

Now, Schneiderman is asking three of the leading ticket brokers to remove speculative tickets from their sites.

TicketNetwork took the New York shows down, but kept selling tickets to the Newark show. Vivid Seats and StubHub, however, removed all speculative tickets for Springsteen shows.

"The decisions by StubHub and TicketNetwork to respond to the concerns of my office by removing speculative ticket sales is a victory for consumers," he said. "Many of those listings resulted in advertised prices of more than $5,000 for Bruce Springsteen tickets that don't even exist yet. Unscrupulous speculators who sell tickets that they don't have and can't provide too often leave music fans holding the bag. This kind of predatory behavior drives up prices, hurts consumers, and sows distrust in the ticket industry. We will continue to work with this industry to root out speculative ticket sales in the future."

The big takeaway is that before you splurge for Springsteen tickets, be wary of tickets you print at home. Many venues allow you to print tickets from personal computers, but scammers can sell the same ticket to multiple buyers. Also, watch out for too good to be true prices, as low-ball prices usually signal a scam. Lastly, avoid paying for tickets by cash, wire transfer or pre-paid money cards. If you pay by credit card, you can dispute it if there's fraud.
Related topics:
arts & entertainmentbruce springsteenentertainment
Copyright © 2022 WABC-TV. All Rights Reserved.
TOP STORIES
8-year-old among 4 shot during barbecue in Brooklyn
NYC Pride March set to kick-off with new urgency
2022 NYC Pride March: Everything to know
AccuWeather: Another warm day
Grandmother killed, child among 4 injured after hit by car in Brooklyn
Abortion rights supporters fill the streets of cities nationwide
Astros throw combined no-hitter against the Yankees
Show More
Planned Parenthood to kickoff NYC Pride march
Bald eagle snatches Yorkie off porch: VIDEO
Democratic candidates for NY Governor spend weekend campaigning
Biden signs landmark gun measure, says 'lives will be saved'
Settlement would forgive $6B for defrauded college students
More TOP STORIES News