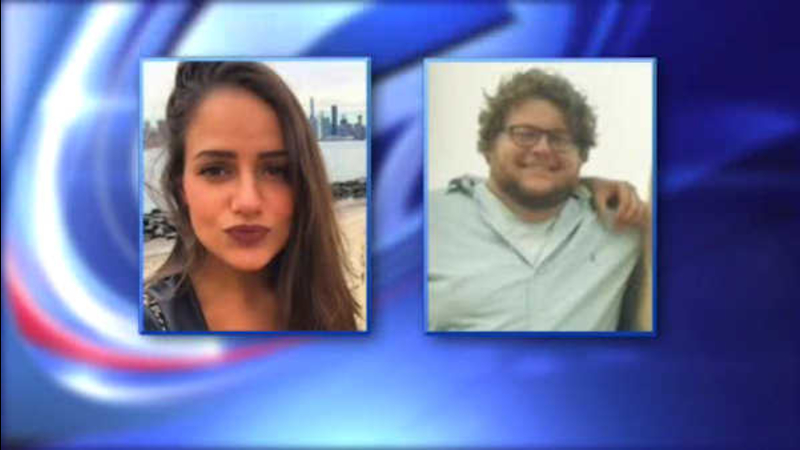 NEW YORK (WABC) -- Although the terror attacks in Brussels left at least 10 Americans injured, the White House says it is unaware of any Americans who were killed.

But there are at least two people from Greece with ties to New York who are still missing.

Siblings Sascha and Alexander Pinczowski were in the Brussels airport Tuesday at the time of the attack.

Alex, as he's called was at a ticket counter inside the airport in Brussels when Tuesday's terrorist attacks took place.

Alex, and his younger sister Sascha were about to depart back for New York City, and were on the phone with their mother Mariaan in the Netherlands when the unthinkable happened.

"So there could have been an explosion right there, obviously," Eyewitness News asked.

His daughter is pleading for information on Twitter, but so far has heard nothing.

Wednesday night, the Cain family travels from New York to Brussels, trying not to lose hope.

"But it's been more than 24 hours now. And so, we know that there's a possibility, the news, when it comes, may not be good," Cain said.

Both Alex and Sascha planned to settle here in New York City. Sascha, graduated from Marymount Manhattan College on the Upper East Side last May with a degree in Business. She was looking to move back from Europe, and as fate would have it figured she'd join her brother on his trip.

She recently interned at Shiraz Events in Manhattan.

The company Wednesday told Eyewitness News "Sascha is a bright, hardworking young woman with great energy and a joy to have around and that she has a great career and life ahead of her."

And in another sad twist, it just so happens that Cain is a former U.S. Ambassador to Denmark who dealt with more than his fair share of terror threats a decade ago, during the crisis over a cartoon of the prophet Muhammed.