Local experts weigh in on the search-rescue and cause of Florida's building collapse Thursday.

Officials are already investigating what could have caused such a disaster.

Rescue teams continue the delicate work of picking through the mountain of rubble left behind by the mysterious collapse of the Champlain Towers South Condominium building.

They are looking for even the faintest signs of life. 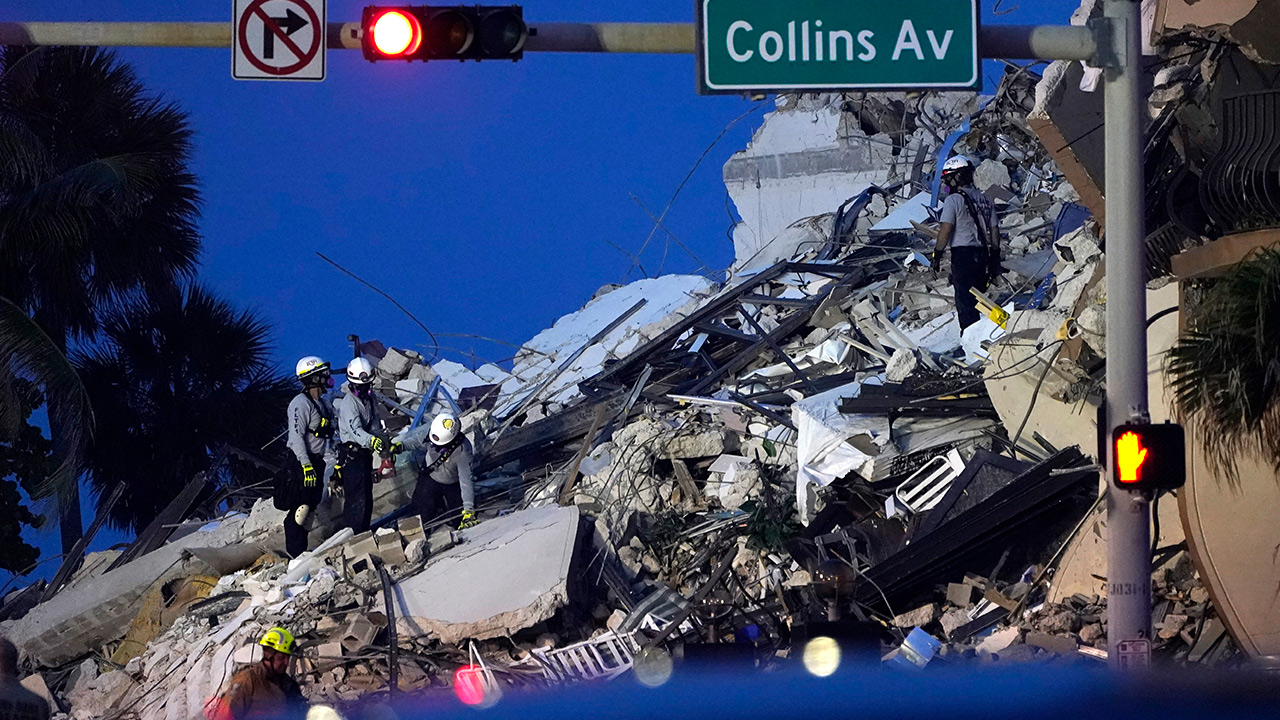 At least 3 dead, up to 99 missing in Florida building collapse

"You have a lot of heat-sensing devices. There are a lot of devices you can use," said Mark Herrera, formerly with Homeland Security and now with the International Association of Venue Managers (IAVM), which trains emergency responders from across the country in massive building disasters.

"You immediately want to rush in there and start digging and trying to find people. The thing about is, there's tons of weight in the area that has been pancaked," said Herrera.

He says they'll use sensitive microphones and cameras that can pick up the slightest of sounds, even breathing.

"To brainstorm all of the resources that you need to pull in before you begin your recovery or your rescue," said Herrera.

Others are focusing on what caused the structure to collapse, which officials say is a 40-year-old building.

Dr. Abi Aghayere, a professor of engineering at Drexel University, has his own thoughts.

"One of the causes could be a foundational failure. The foundation could fail because there might be a sinkhole, nobody knows, but that needs to be investigated," said Aghayere.

He pointed out the structure is located near a body of water, which poses some questions on if any deterioration may have contributed to the building's integrity.

Aghayere says after reviewing the videos, he believes something caused a support column to fail.

Authorities confirm the building was undergoing the required 40-year recertification to ensure its structural integrity.

Answers on the cause of the collapse could take months, officials say.