"They were going to kill me": 2 narratives emerge in clash between groups of protesters in Times Square 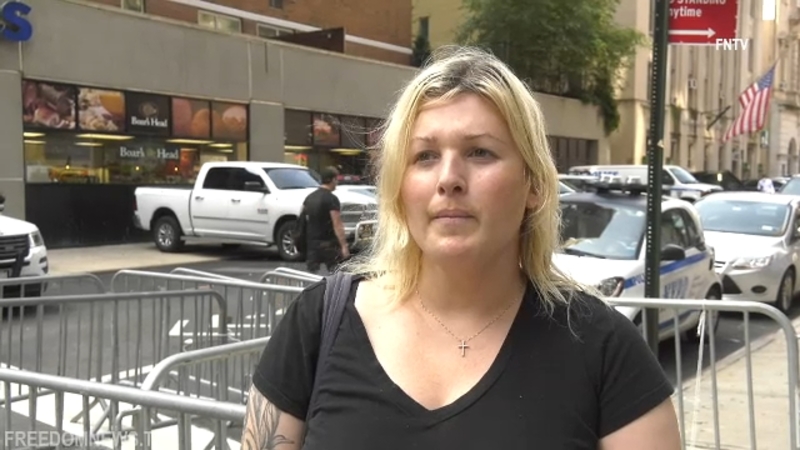 VIDEO: Interview with woman who was in car that drove through BLM protesters

The controversy involves a black Ford Taurus, whose occupants had previously participated in a pro-Trump counter-protest in Duffy Square, that drove through a Black Lives Matter march at an intersection in Times Square.

Video of the incident shows the car stopped and surrounded by a group of protesters, before accelerating through the crowd.


It was a split second of drama, but it has created different vantage points and separate opinions.

"If you go through a red light when there are people in the crosswalk, you are accepting the chance that you hit somebody," said one protester.

A woman who was a passenger in a car that drove into a crowd of protesters in Times Square Thursday and one of the protesters who was struck tell their sides of the story.

However, for the six people who were in the car that sped away, including Juliet Germanotta, they paint a frightening picture of the events.

"Our lives were in jeopardy," Germanotta said. "Over 300 people, part of the other protest, started verbally harassing and taunting us. Started following us, when police tried to escort us up 46th Street. We then proceeded to get into a car. The protesters got 46th Street, blocked us in, started trying to open the car, hit the car. The driver then drove through to try to get us to safety."

Germanotta, who has been arrested at least three times for vandalizing the Black Lives Matter mural in front of Trump Tower by pouring paint on it, spoke as she left the Midtown North NYPD Precinct on Friday.

She says that the Black Lives Matter protesters had assaulted someone in her group, striking her and ripping a hat off her head, prior to them being escorted away by police.

On Friday, Germanotta said she would continue to fight for justice and equality for all, but in a Facebook Live says she is "done."

"I have received 200 death threats on social media. I've tried to screenshot each one of them. I'm done. I'm voting for Trump in November, but I'm done. Operation paint job. I'm done. Putting myself in the front lines. I'm done," she said.

Police say so far no one has come forward or claimed they were hurt.

They say after interviews are complete, detectives will determine if there is a need to investigate further.