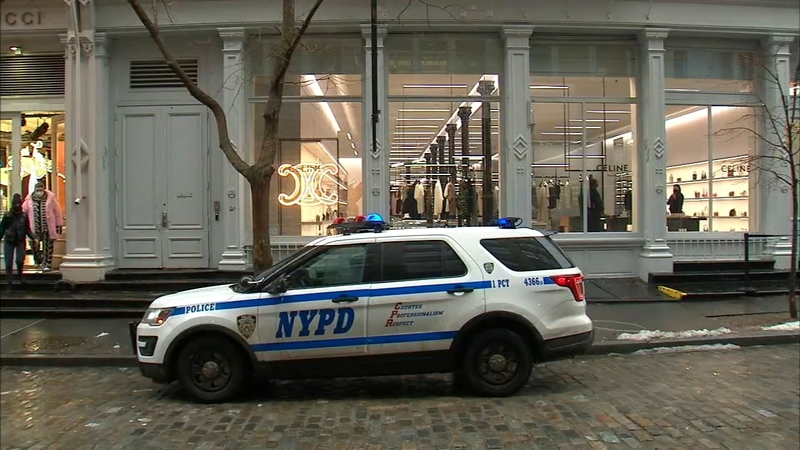 SOHO, Manhattan (WABC) -- The NYPD is once again, protecting a high-end luxury store in SoHo.

After thieves robbed Celine Boutique in the middle of the day, police believe five suspects grabbed and made off with several bags.

They say two men entered the store and pretended to shop. They then pretended to exit the store, leading to the guard opening the door for them.

According to police, the stolen merchandise totals just over $48,000.

They used force against employees and fled in a Toyota Venza.

Some shoppers in SoHo on Thursday, say they are not surprised by the robbery.

It's a far cry from the looting and lawlessness that ravaged SoHo in the summer of 2020, but in case high end luxury stores become a target here again, businesses are prepared.

Many of them say they communicate with each other through a message thread and learn about incidents like this from each other before learning about it from law enforcement.

Meanwhile, countless stores keep their doors locked during the day even as they remain open. And many still have private security standing outside.

It is the latest robbery in a disturbing string of highly orchestrated and violent heists nationwide.

In Soho, it's made some question whether they should stick around.