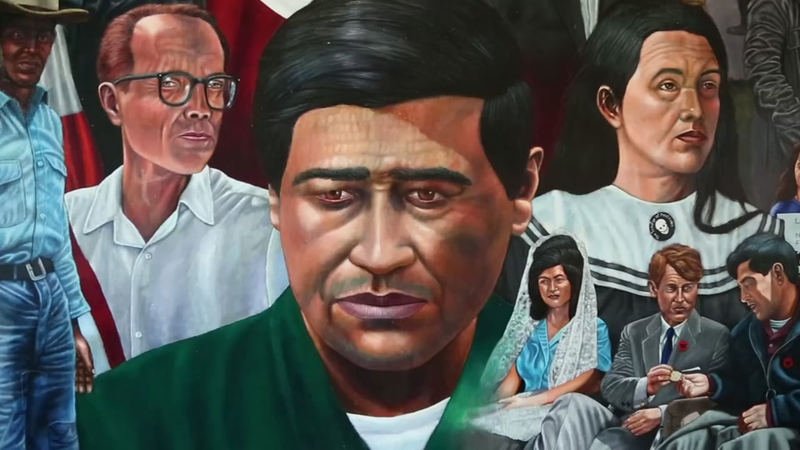 The life of labor leader and civil rights activist Cesar Chavez is recognized on March 31, but his legacy is honored year-round in art and murals found throughout Southern California.

Inspired by his fight during the civil rights movement of the 1960s, artists have depicted Chavez as an advocate for peace, a fighter for justice and as a symbol for education. There are dozens of schools and buildings named after him, including the Cesar Chavez Building at Santa Ana College where one of the most prominent murals of him is located. The piece is called "The Legacy of Cesar Chavez" by Emigdio Vasquez.

To many muralists, Chavez is not just a source of inspiration for their work; he's also a symbol of hope.

"He's the apex if you had a pyramid. (Chavez is) on top. Being the fact that we have all these heroes but he's an American hero," artist and muralist Ernesto de la Loza told ABC.

Other murals depicting Chavez can be found at California State University, Los Angeles and in the Echo Park and Boyle Heights neighborhoods of Los Angeles.