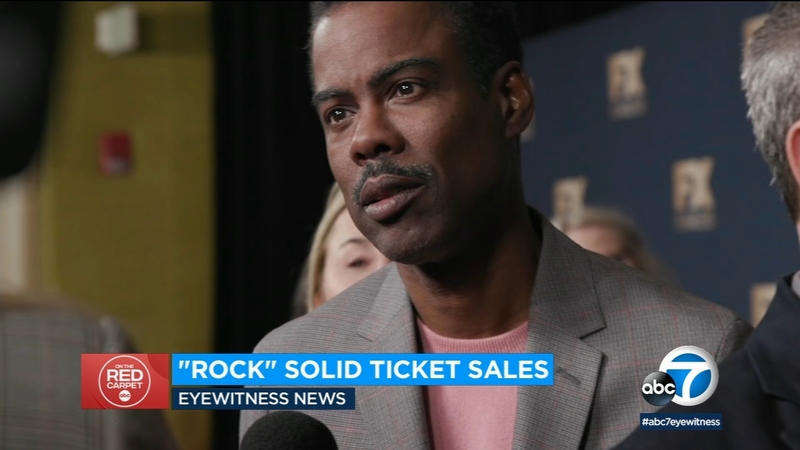 Ticket sales surge for Chris Rock after Will Smith slap

LOS ANGELES -- One slap is all it took to become the hottest ticket in town.

Rock has yet to comment publicly on the incident at the Oscars when Will Smith got on stage and slapped him in the face after a joke about Smith's wife Jada.

Fans apparently want to see if Rock might work the incident into his standup routine.

Rock has shows in Boston coming up on March 30, 31 and April 1. At one point before the Oscars, tickets could be had for $46, according to reseller TickPick. Now, the latest prices for those seats range from $317 to $797.

TickPick says after the Oscars, it sold more tickets to see Rock in one night than it had in the past month combined.

RELATED: Will Smith apologizes to Chris Rock for slapping him at Oscars: 'I was out of line and I was wrong'
EMBED More News Videos

The best actor winner for "King Richard" apologized to Chris Rock in an Instagram post for slapping the comedian onstage at the 2022 Oscars.

Rock's longtime friend Adam Sandler took to Twitter to encourage his pal, writing "Can't wait for this. Love you buddy!"

Tickets for Rock's April 8 performance at the Fantasy Springs Casino in Indio are currently $226 and up on the site.

Rock's "Ego Death Tour" in the U.S. has 38 dates scheduled so far, hitting major cities such as Las Vegas, Denver, Oakland, Seattle, New York, Chicago and Toronto. Rock will close the tour at the Dolby Theatre in Los Angeles - where Sunday's Oscars took place - on Nov. 17 and 18.