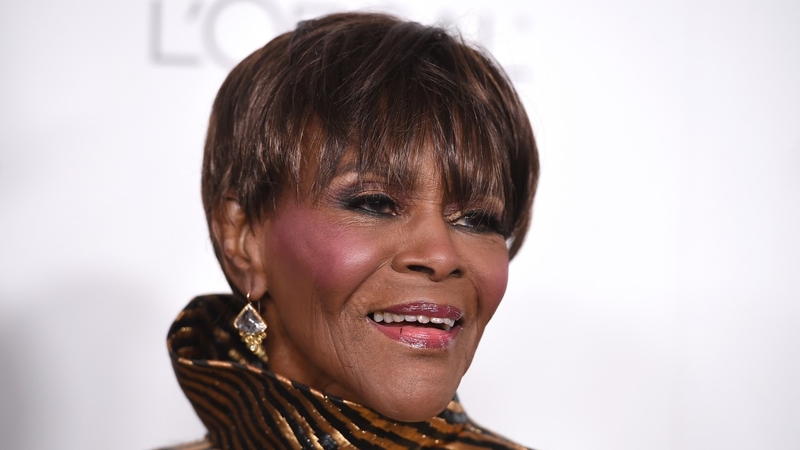 NEW YORK (WABC) -- A life that can only be described as phenomenal.

Cicely Tyson's career spanned more than six decades before she passed away on Thursday at the age of 96, but her journey began in New York City.

The pioneering Black actress was born December 19, 1924 in Harlem after her parents moved from the Island of Nevis in the Caribbean. She was the youngest of three children and was feisty from the start.

That spark was still present even at the age of 94, when Tyson received an honorary Oscar statuette in 2018 at the annual Governors Awards.
EMBED More News Videos

Kemberly Richardson sat down with Hollywood icon Cicely Tyson, who shows no sign of slowing down.

"I come from lowly status. I grew up in an area that was called the slums at the time," Tyson said at the time. "I still cannot imagine that I have met with presidents, kings, queens. How did I get here? I marvel at it."

The famous Apollo Theater in Harlem paid tribute to the pioneering Black actress Cicely Tyson, who passed away Thursday at the age of 96.

When Tyson's parents separated, her mother went on welfare. At nine Cicely sold shopping bags on the streets of East Harlem.

When she graduated from high school, she found work as a secretary at the Red Cross. Her striking looks prompted friends to advise her to take up modeling and that led to acting schools, theater, movies and television.


Even at 94, Tyson continued to wow audiences with her looks and fashion.

Designer B Michael says he spent weeks and poured his heart into creating the masterpiece actress Tyson wore while accepting her Honorary Oscar in 2018.

B said he was overcome with emotion seeing the 94-year-old in the magnificent gown.
EMBED More News Videos

Kemberly Richardson sat down with fashion designer B Michael as he creating Oscar gowns for actress Cicely Tyson.

Tyson would gain an Oscar nomination for her role as the sharecropper's wife in the 1972 film "Sounder," and a Tony Award in 2013 at age 88.

She also won two Emmys for playing the 110-year-old former slave in the 1974 television drama "The Autobiography of Miss Jane Pittman." A new generation of moviegoers saw her in the 2011 hit "The Help."

The actress was nominated for an Emmy in 2020 for 'Outstanding Guest Actress' in the drama series "How to Get Away With Murder."

Tributes from celebrities poured in Thursday night honoring Tyson including "How to Get Away With Murder" star Viola Davis.

I'm devastated. My heart is just broken. I loved you so much!! You were everything to me! You made me feel loved and seen and valued in a world where there is still a cloak of invisibility for us dark chocolate girls. You gave me permission to dream... https://t.co/7V7AFZtFLa pic.twitter.com/l2TLfM4weX

She was an extraordinary person. And this is an extraordinary loss. She had so much to teach. And I still have so much to learn. I am grateful for every moment. Her power and grace will be with us forever. #cicelytyson https://t.co/RNYkGiooPD pic.twitter.com/b4wMKK1FVj

Incredibly sad to learn of the passing of Cicely Tyson. She was a true icon in many ways. Whenever you were graced to be in her presence it was an unforgettable blessing. My heart goes out to her family and loved ones. 🙏🏾❤️ pic.twitter.com/9ef3pc6hO7

Cicely Tyson was a groundbreaking trailblazer who inspired generations across mediums with her talent and grace.

A champion for civil rights and a daughter of East Harlem, she inspired us all. https://t.co/nCjYCyQ3mD