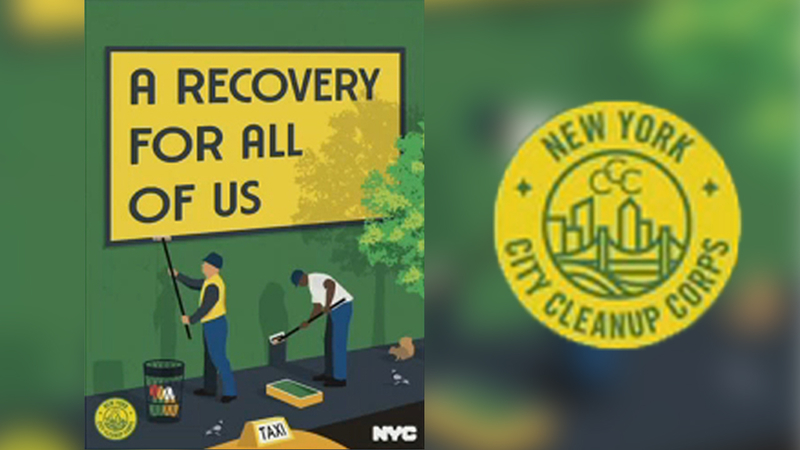 10K workers to be employed for City Cleanup Corps in NYC

The first 500 jobs are posted at nyc.gov/ccc with 500 more expected to be added soon. More than 7,700 positions will be posted in July and build to 10,000. Hiring will take place across 10 different City agencies, including the Department of Parks & Recreation (Parks), Department of Transportation (DOT), New York City Housing Authority (NYCHA), and Department of Environmental Protection (DEP).

Mayor de Blasio called it an important part of the city's Recovery for All of Us.

"In 1933, President Franklin Delano Roosevelt built the nation's economic recovery by improving infrastructure, putting Americans back to work, and restoring civic pride in our public spaces. Today, New York City is leading the way in doing it again," Mayor de Blasio. "Building a recovery for all of us means creating thousands and thousands of jobs that will make our city a safer and more beautiful place to live, work, and play. That mission has never been more important. Together, we will deliver the kind of recovery that New Yorkers deserve."
EMBED More News Videos

Mayor de Blasio announce NYC will hire 10,000 workers to clean up the city as it works to reopen.

The Corps will address resident complaints of trash piling up across the city following last year's pandemic-caused budget cuts.

It will focus on 33 neighborhoods the de Blasio administration identified as those hardest hit by coronavirus.

The positions will pay $15 an hour.

The jobs will last for the year 2021 and will be reassessed after that, de Blasio said.

They are being funded by federal stimulus funds.

The goal of the City Cleanup Corps will be to eradicate graffiti, beautify the city's parks, and maintain the Open Streets program.