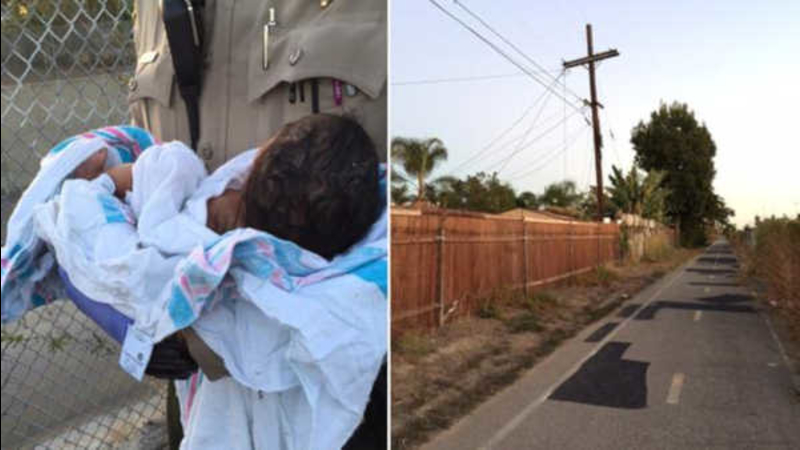 Around 4 p.m., Los Angeles County sheriff's deputies at the Compton Station received a phone call from Evangelina McCrary and Angelica Blount about a baby crying in the riverbed near 136th Street and Slater Avenue.

Two deputies arrived at the scene and began searching the area after hearing the baby's muffled cries. The pair soon found the newborn girl buried under pieces of asphalt and rubble inside of a crevice along a bike path.

The deputies rescued the baby from the hole and wrapped her in a blanket because she was cold to the touch. Her vitals were checked and paramedics were called. The baby girl was medically treated at the scene and then transported to a nearby hospital in stable condition.

Authorities believe the baby was born inside a medical facility within the last 24 to 36 hours before she was buried, and said the person responsible for the crime is facing attempted murder and child endangerment charges.

Deputies said the newborn would not be alive if it weren't for the women who heard its cries.