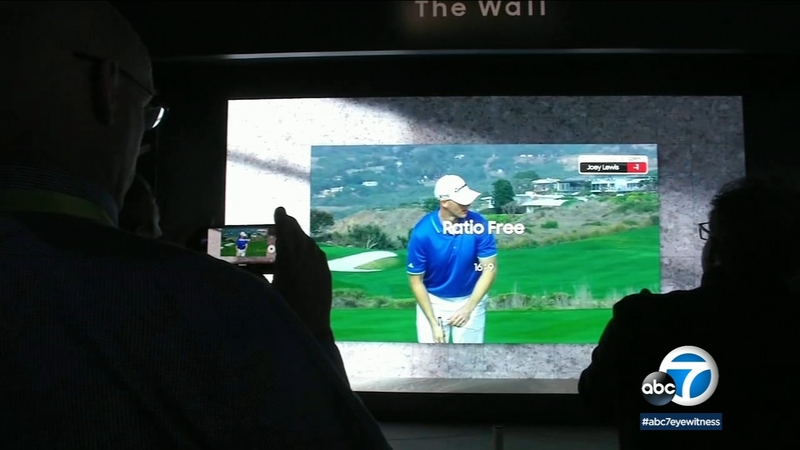 LAS VEGAS -- At the Consumer Electronics Show over the years, one category has been a really strong one: televisions. This year, there's so much innovation happening so fast.

"You're probably going to be astounded if you haven't been in the market in a couple of years because there's a ton of acronyms that are going to be thrown at you. You have to understand what they mean. But really, TV technology has taken some pretty big leaps," said Mike Wilcox, technology expert with Consumer Reports.

Hold off on that 4K television if you want the best, as 8K is the newest way to get a crisp picture.

"Now, 8K is not entirely new to Samsung or to the consumer world because we did release our first version of it in the fourth quarter of 2018. But we've made some really incredible improvements to what we're going to see in 2019," said Jason Baruch of Samsung Electronics.

The newest TVs feature bright, vivid screens that are so realistic, they make the older HD sets look positively analog. And everyone's showing them off. You've heard of Samsung, but new names are popping up too, like Hisense.

"We are the No. 1 brand in China, and we're starting to make inroads now in the U.S. Our products are available at all major retailers," said David Gold, North American representative for Hisense.

But it's not enough to have just a great picture; innovation can woo customers as well. Featured in the Samsung booth at CES are flat-screen televisions that disguise themselves as framed artwork when not in use.

"We're able to take a TV that's incredible turned on and turn it into a professional display for works of art or even your own photographs," Baruch said.

Or how about eliminating the clutter that goes along with a home system. New technology makes the TV the home control center for everything. Voice controls for things like Alexa and Google can be done right through the television itself.

"I really think our children and our grandchildren are really not ever going to use a remote control anymore. Everything is saying, 'Hey Google, please turn on the TV, hey Google, switch on to ABC," Gold said.

If all this new technology boggles the mind a bit too much, you can step back in time a bit, too. Occupying their own booth at CES is a brand called Victrola. Yes, that was the name of the classic record player long before radio and television came along. The resurgence in the popularity of vinyl records means the Victrola name can still be a niche force in home entertainment. They have designs that mimic sound systems of almost every decade of the twentieth century.