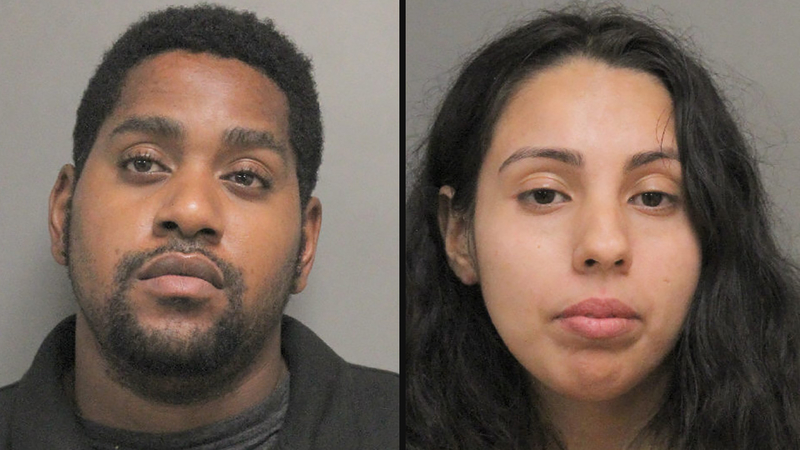 BAYVILLE, Long Island (WABC) -- A man and a woman on Long Island are under arrest after police say they broke into their landlord's home, attacked him and his wife, and then fired shots at the wife.

The alleged incident occurred in Bayville around 10 p.m. Sunday, allegedly over unpaid rent.

Authorities say 31-year-old Johnathan Sunderland and 25-year-old Jennifer Garcia knocked on their landlord's door and were greeted by his wife, who was carrying a 1-year-old child. They say the duo then pushed open the door, knocking the woman and the child to the ground.

Sunderland allegedly charged towards the landlord and began to choke him, while Garcia repeatedly kicked him in the face, investigators said.

Sunderland and Garcia then attempted to escape, police said, as the wife followed them outside the home.

Authorities say Sunderland then removed a pellet handgun from his waistband and fired four shots at her, missing all four times.

Police arrested them at the scene.

The landlord was transported to the hospital, while his wife and child did not suffer any serious injuries.

Sunderland was charged with second-degree burglary, third-degree assault, second-degree menacing, criminal obstruction of breathing and endangering the welfare of a child.

Garcia was charged with second-degree burglary, third-degree assault and endangering the welfare of a child.