Cuomo to be questioned in sexual harassment probe 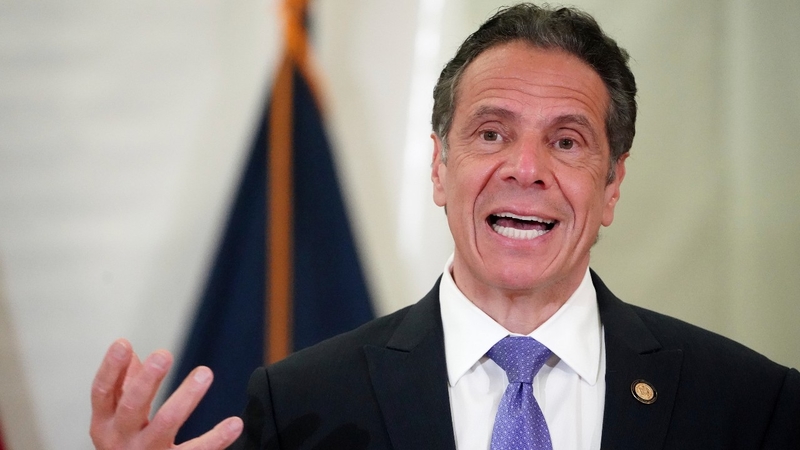 Cuomo to be questioned in sexual harassment probe: Report

NEW YORK (WABC) -- Gov. Andrew Cuomo will be interviewed this weekend in the New York Attorney General's probe into sexual harassment allegations against him, according to reports.

The timing of the interview in Albany was confirmed Thursday by two people familiar with the case who spoke to The Associated Press on condition of anonymity.


Cuomo is facing allegations from a string of women who claim he acted inappropriately or sexually harassed them.
The two outside lawyers hired by the attorney general have been conducting interviews for several months.

The governor has denied sexually harassing anyone.

The Democrat Cuomo has apologized and said that he "learned an important lesson" about his behavior around women. The third-term governor has rebuffed calls to step aside over the allegations.


Cuomo's office released the following statement to Eyewitness News in response to the reports:

"We have said repeatedly that the Governor doesn't want to comment on this review until he has cooperated, but the continued leaks are more evidence of the transparent political motivation of the Attorney General's review."

The scheduled interview with Cuomo was reported first by the New York Times.

Former aide Lindsey Boylan accuses Cuomo of having harassed her throughout her employment and said he once suggested a game of strip poker aboard his state-owned jet. Another former aide, Charlotte Bennett, said Cuomo once asked her if she ever had sex with older men.

The investigation into the claims is being overseen by Attorney General Letitia James, also a Democrat, who selected an outside law firm to conduct the probe and document its findings in a public report.

Comedian Gabriel Iglesias announced that he has been diagnosed with COVID-19, despite having been previously vaccinated for the disease.